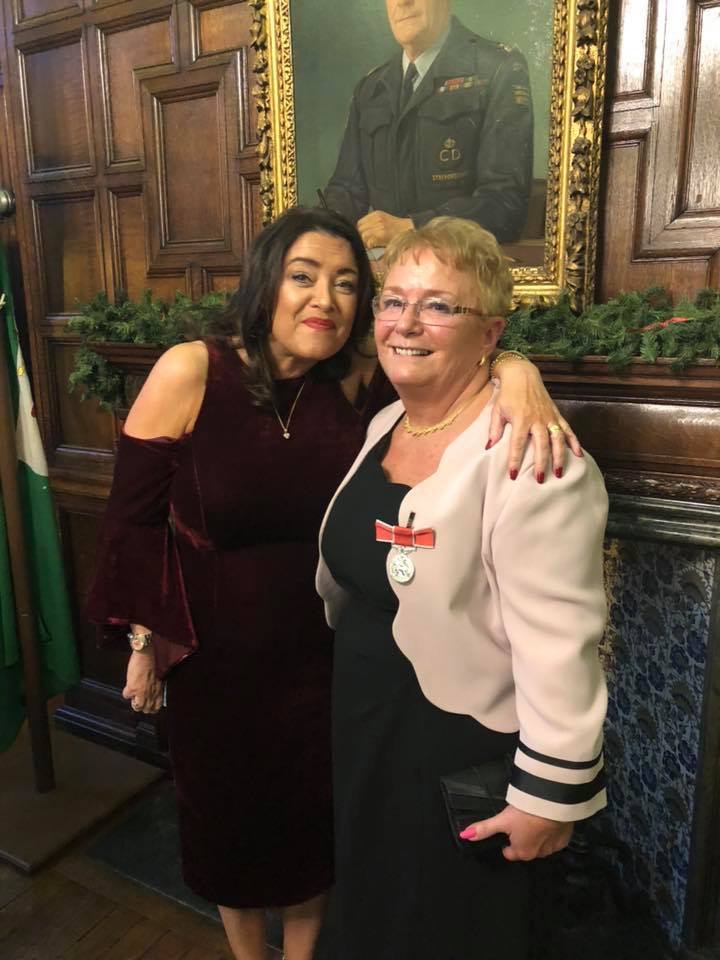 Charity fundraising champion Ada Haywood BEM has enlisted the local business community in an ambitious bid to collect a mile of 20 pence pieces.

Ada, of Clayton, who was recognised by the Queen for raising over £1 million for Cancer Research UK has embarked on her latest challenge with the support of BNI networking groups in North Staffordshire.

A mile of 20p pieces will raise £16,000 and Ada plans to split the funds between Cancer Research UK and the British Heart Foundation.

Her latest effort follows the success of Ada’s autumn Pink Tie Ball which realised £45,000 for the two charities.

“I am committed to raising funds for health charities and decided that the 20p appeal was something that a lot of people can get involved with. I regularly attend the Britannia and Sir Stanley Matthews BNI groups at the North Stafford Hotel, Stoke, and the Upper House, Barlaston, meeting with dozens of local business people.

“Everyone is so helpful and we are quickly getting towards our total.”

Ada added: “Fortunately, my local bank is used to me coming in and don’t mind me depositing so many small coins.

Ada began raising funds for Cancer Research UK almost 30 years ago and her efforts were recognised by the Queen with the award of a British Empire Medal in 2018.

The former Steelite worker uses her visits to BNI to educate business owners about the prevalence of cancer.

“I am confident that we will beat the scourge of cancer and have been shown how scientists and doctors have made great strides forward, but cancer still currently hits one in every two people and we need to keep fundraising to allow the research teams to find new cures.

“I also raise funds for the British Heart Foundation because I have seen many friends hit by heart disease.”

Ada holds events throughout the year including her flagship Pink Tie Ball at the Moat House Hotel, Festival Park, each Autumn.

To get involved in Ada’s 20p challenge, please contact her via email at adahaywood1@gmail.com.