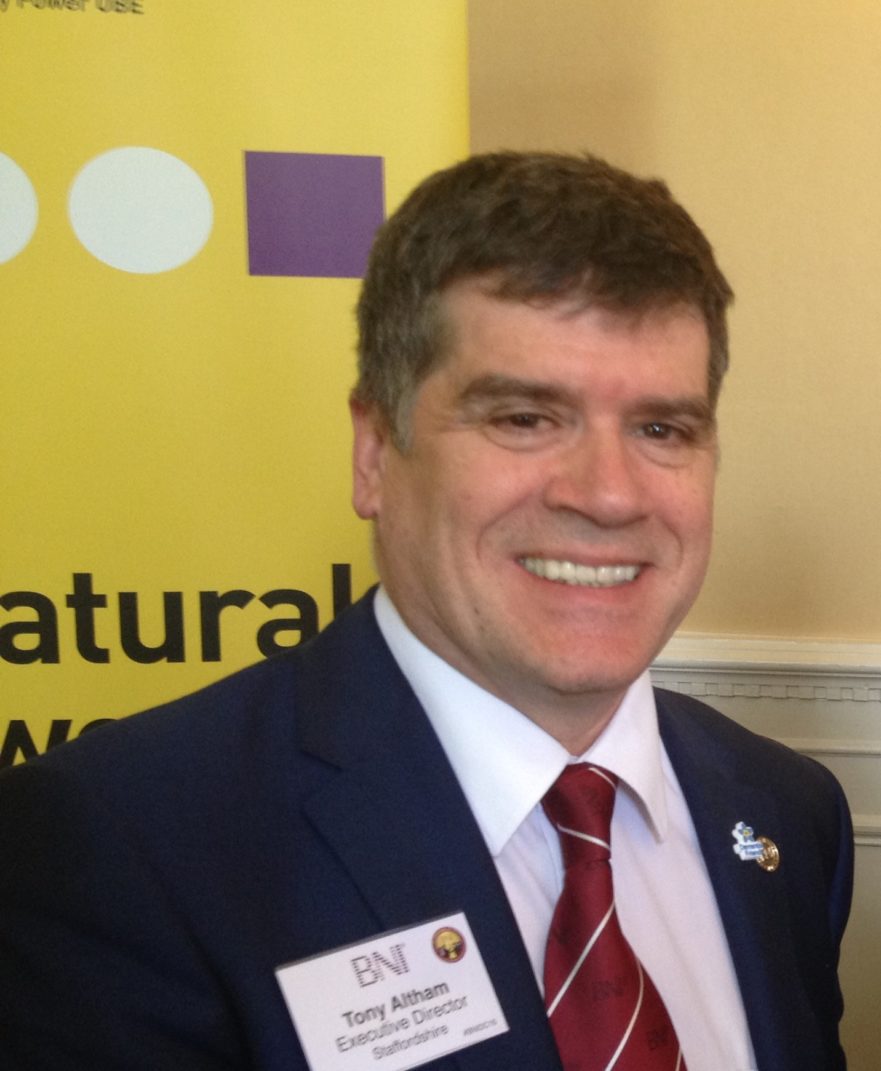 A new BNI business group is being launched at the headquarters of Staffordshire Chambers of Commerce after the county’s two biggest ’business connectors’ agreed to forge an alliance.

BNI Victory will meet for the first time on September 26 after an agreement was reached to work in partnership between the Chambers of Commerce and BNI Staffordshire.

Sara Williams, Chief Executive of Staffordshire Chambers of Commerce and Tony Altham, Executive Director of Staffordshire believe the alliance could bring together more businesses in the county encouraging prosperity, jobs and growth.

Sara said: “Staffordshire Chambers of Commerce and BNI are the region’s biggest business connectors. Working with BNI will ensure that we extend our reach further and help businesses to meet more customers, suppliers and partners they need to grow and prosper.”

Tony commented: “There’s a clear synergy between the Chambers of Commerce and BNI and I’m delighted that we will be hosting meetings at Commerce House, Festival Park, for the first time.

“Fittingly, Stoke-on-Trent is an alliance of six towns and the motto on the city crest sums up what we do in connecting businesses – United Strength is Stronger (VIS UNITA FORTIOR).

“BNI members know that our weekly Chapter meetings generate success and many are also benefiting from membership of the Chambers of Commerce. We are now strengthening those excellent links.”

The launch of BNI Victory gives more businesses an opportunity to experience the power of collaboration that membership of a BNI chapter brings.

BNI Staffordshire has shown major growth in the past year and currently supports over 200 businesses in the area. Current forecasts predict growth to 350 BNI members this year.

Staffordshire groups generated £7.5 million in invoiced business for the first time in 2018 and are on course for £10 million in 2019.

BNI members meet weekly and are taught to work collaboratively to generate new business opportunities for each other. The statistics for 2018, reveal there were 8,693 business referrals generated, with an average value of £857.

The first BNI Victory meeting is at 9.45am on September 26 and is open to any business who wants to come along and see how BNI works.

The process of building membership will then begin. One company is allowed per business sector, so membership allows a company to lock out their competition.

There are two well established groups currently operating successfully in Stoke-on-Trent, with meetings held at the Moat House, Festival Park, and the North Stafford Hotel, Stoke, three at the Upper House, Barlaston, and further chapters at Hotel Rudyard and the Moat House, Acton Trussel..

BNI Victory will allow companies who are ‘locked out’ of those chapters to be in at the start of a new BNI chapter.

Tony added: “We are on track to smash the 2018 record in 2019 and growth will continue as we are currently establishing six new chapters, all across the county in areas such as the Staffordshire Moorlands, Rugeley, Lichfield, Uttoxeter and now at Commerce House.

“BNI Chapters follow a proven formula that is proven to work and this is summed up by the international BNI ethos ‘Givers Gain’. Members establish a bond and then ask as trusted referral partners and ambassadors for each other.”