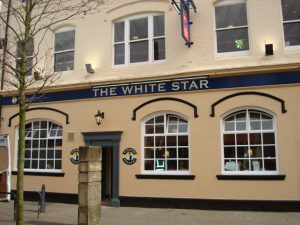 A popular town centre pub is to host a series of auctions to raise funds for North Staffordshire’s only children’s hospice.

Auction nights will be held every two months at the White Star, Stoke, on behalf of the Donna Louise Children’s Hospice Trust.

Licensee Pam Rowlands, said: “The first auction will be on Sunday, 11 September. There will be entertainment and a buffet and auction items donated so far include tickets to the Trentham Monkey Forest, Portmeirion Pottery, free entry to the Regent Theatre.

“Titanic Brewery, which owns the White Star, will be auctioning off brewery trips and brewery souvenier merchandise.

”’I’d also like to thank Carol Lovatt of 6towns radio and the Regent Theatre who have helped to organise the event.”

Entertainment will come from the locally based Orange Bicycle Disco, Mr Will and singer Michael Tremble who are waiving their fees for the night.

Melanie Mills, Director of Fundraising and PR at the Donna Louise Trust said: “We are really grateful to The White Star and the organisers of these events for their support. As a charity, we rely on the generosity of people to raise funds for us so that we can continue to provide specialist care and support to life threatened children. The money raised through these events will make a real difference to the children and families we care for.”
Ends

Opened in May 2008, the White Star is one of five pubs run by Stoke-on-Trent based Titanic Brewery.

Titanic Brewery was founded in Burslem in 1985 and has grown to produce
more than 2 million pints of fine ale every year. It is owned by Stafford born
brothers Keith and Dave Bott. Keith is Chairman of SIBA, the society of
independent brewers.

The brewery name is in recognition of Stoke-on-Trent as the birthplace of
Captain Edward Smith, Master of the ill fated Titanic ocean liner. The Titanic Brewery website can be accessed at www.titanicbrewery.co.uk

Until 2007, the brewery had just one pub, the Bulls Head in Burslem, but has embarked on a programme of expansion which has seen new pubs opening across Staffordshire.

Titanic Brewery recently announced the acquisition of the Roebuck, Leek, which is scheduled to open in the autumn following refurbishment.

The Donna Louise Children’s Hospice Trust provides a range of specialist care and support services for children with a shortened life expectancy and their families. We support children and their families with the challenges that having a life-threatening condition can often bring. Services may be provided in the family home or the hospice or a combination of both depending on the family’s and child’s preference.

We provide care for children between the ages of 0 -19 years from Staffordshire and South Cheshire.

Currently the Trust cares for more than 180 children from South Cheshire and Staffordshire. Care and support is free of charge to children and families, and the charity needs to raise £2.2 million a year to run its services.