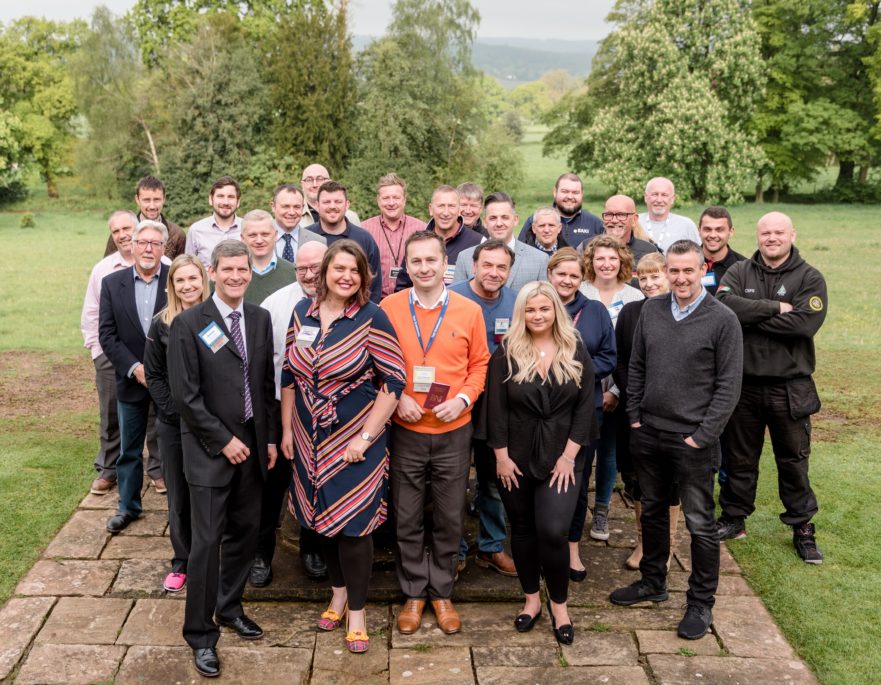 A business group which has shown rapid growth is aiming for a national award after being named Staffordshire’s Pride of BNI.

In Spring 2018, the Sir Stanley Matthews BNI chapter, which meets at the Upper House, Barlaston, every Friday, had around 25 members, but a reputation for finding business referrals for members has seen the group grow to 34 members, with more companies looking to join.

Members go out of their way to generate new business for their counterparts in the group and this led to more than £1.2 million of invoiced business being generated in 2018.

Tony Altham, Executive Director of BNI in Staffordshire, described the success of the Barlaston chapter as “phenomenal”, especially as its members were much less successful until a “lightbulb moment” just over a year ago.

“Every member of Sir Stanley Matthews BNI should be extremely proud of their achievement. They have changed their culture from a group that could only be described as coasting to a dynamic business generator. The members are first to admit that change was needed and, after many of them attended training designed to demonstrate how to maximise success in the BNI system, something has clicked and the members are now among the most successful in our network.

“It is fantastic to see how members work together to support each other’s businesses and to go out of their way to generate referrals and there’s a great satisfaction for me as the money generated is being made and spent in our local area, supporting many more jobs and businesses.”

BNI has groups across Staffordshire and has a membership of around 200 businesses. Members of each chapter meet weekly and work to support each other. A key factor Is members finding new business for other chapter members, with each member practically working as an ambassador for everyone else in their group.

Sir Stanley Matthews has a diverse mix of companies, from sole traders and start-ups to companies employing larger teams and this extends to the businesses in the group where you can find companies including a large carpet retailer, a gas fitter, a print and design studio, a Quantity Surveyor, an electrician, an architect and a large legal firm with multiple offices.

Visitors are encouraged to attend, as long as their business sector is not already represented within the group.

Chapter President Clare Barnett said: “There’s been a tremendous collective effort from our members and that has paid off with recognition as the Pride of Staffordshire BNI. We will now be measured against other successful regional groups for the national title.

“Our members all work hard for each other and understand that if they give business to a member, other members will do their best to find business for them. The meetings are a joy to attend, as we keep the right mix of business and fun and there are friendships formed.”