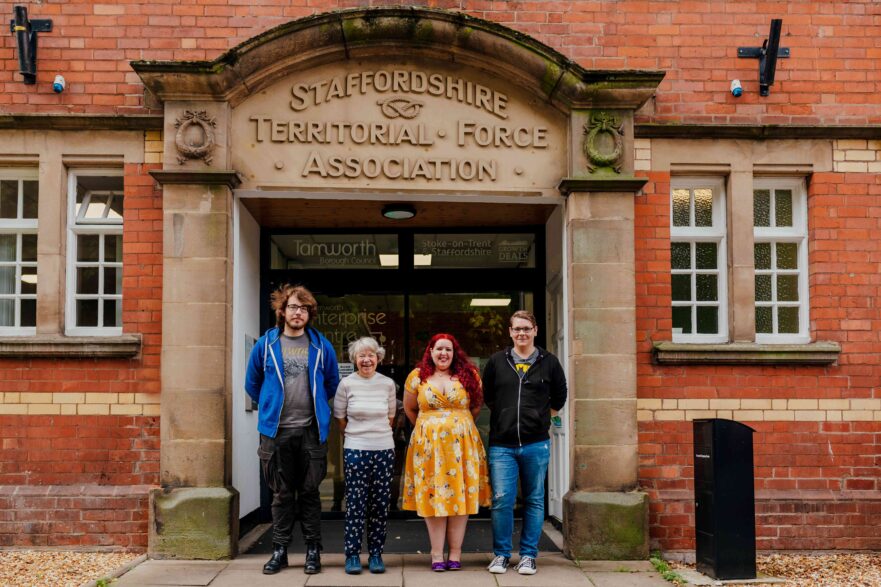 An award winning augmented reality company is celebrating five years in business with a new website, updated branding and a clear plan for growth.

Enlighten was founded in Tamworth in spring 2016 with an emphasis on using hi-tech applications in education but quickly began to work across the whole business spectrum.

Founder Suzanne Edwards says the company has enjoyed an eventful five years which has seen them host a South Korean governmental mission, build AR for ex-service men and women suffering from PTSD and offer life-changing mental health support to companies, schools and colleges.

“There’s several moments that will live long in my mind,” said Suzanne, “but there’s one that stops me in my tracks every time. Enlighten has a reputation for building ‘tech for good’ and this includes AR support around mental health.  On one occasion I got a call from a college welfare officer who said she had to tell me about a student who had come to her with her mental health issues. The member of staff mentioned there were 24/7 advice services available accessed through the AR work Enlighten had done for the college and the student said ‘I know, that’s why I’m still alive today.

“It’s such a privilege to think that our work helps on that deeply personal level.

“Another rewarding experience was to host a delegation of officials from South Korea in 2019. It was a thrill that they chose to come to see Enlighten to investigate how we used AR for mental health education and we were able to fly the flag for Staffordshire arranging meetings with local businesses, the chambers of commerce and the Local Enterprise Partnership.”

Managing Director, Suzanne was awarded first place in the 2019 West Midlands Women in Tech awards and Enlighten were ranked number one in a prestigious search for the best innovative tech companies by Business Cloud magazine. She’s recently been nominated for Female Innovator of the Year in the Innovation Awards 2021.

Suzanne said: “Our first office was at Pacific House, Tamworth, we then moved to become the first tenants of the Tamworth Enterprise Centre in June 2017 where we’ve grown. There’s now four of us and we are forecasting further growth.

“Recent advancements have included adding a 3D modeller to the team. By marrying AR and 3D modelling we see many new possibilities for clients to innovate. For example, opportunities for the tourism sector to bring history to life or 3D machine part modelling for the engineering sector.”

In 2021. Enlighten has been part  of the Staffordshire Digital Innovation Partnerships programme (SDIPs), working with Staffordshire University, to create a “mental health mentor” avatar model.

Added Suzanne: “We’ve spent time in the past 12 months reassessing the business and looking at our marketing and market presence. That’s resulted in a new website and branding and we’ve been working with the West Midlands Creative Scale Up programme which has been extremely beneficial.

“To mark five years in business, we’ll be offering a 20 per cent discount for all new projects in May 2021.

For media enquiries contact Nigel Howle by phone on 0776 2043436 or email nigel.howle@howlecom.co.uk