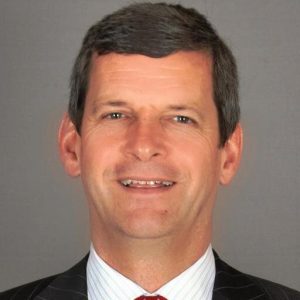 A Staffordshire businessman with first-hand experience of dealing with European regulatory proposals has described a UK vote to exit the EU as a gamble which we cannot afford.

John Capper also dismissed talk of a mass of Brussels red tape, telling a referendum debate in Leek that it was no worse than Westminster.

Mr Capper, is the President of the Staffordshire Moorlands Chamber of Commerce and has a part-time role representing the accountancy profession in Brussels, monitoring the effect of European regulatory proposals on global accounting networks.

However, he made it clear to Leek’s Trinity Church EU Referendum event, that he was speaking in an independent capacity after being asked to join the debate from a business perspective.

An accountant and business coach, Mr Capper, of Cheddleton, acknowledged that the referendum debate had split the business community and added: “It is not an easy decision for members of the public given that there are so many things to consider and understand. I do not think that any of the politicians even know the answers to those challenges, so it is impossible for the general public.”

“Therefore, I suspect that many people will be voting on emotions rather than a fully considered opinion.”

“Simply no one knows as it has never happened on this scale. It could take years to work through all of the amending regulations because our legal system is a mixture of regulation and case law and, whilst eventually the former could be changed, the latter is much more difficult.

“Were we in a stronger economic situation, it might be a gamble and an investment that was worth taking, if eventually we would be better off.  However, we are only just coming out of a huge economic depression, with some of our worst ever balance of payments deficits, and I personally do not think that we can afford the gamble.”

Mr Capper added that we had grown to become the second biggest economy in the EU. “It does not feel to me as though we have been held back by our membership of the EU.

“For example, before Nissan came to Sunderland, our car industry was in a disastrous state and I believe that it did so as a back door to Europe. Our car industry is now a huge employer, manufacturer, innovator and export earner for the UK economy. It is not owned here but it is made here. We benefit from a huge amount of Foreign Direct investment into the UK as a result of being part of the Single Market.”

Regarding Regulation, Mr Capper said he did not believe that Europe was to blame for wrapping UK business in red tape.

“In arriving at those regulations, it is also no less democratic than the UK. There are 751 MEPs and they are elected broadly by proportional representation, hence actually reflecting more of the wishes of the electorate every five years,” said Mr Capper.

“No regulation becomes law in the 28 European countries without the approval of those 751 MEPs in the European Parliament. The European so-called ‘faceless unelected bureaucrats’ – i.e. the European Commission workforce – are no different than our own UK civil service, there to ensure a level of expertise and continuity between varying elected representatives.

“The truth is that, for all sorts of reasons, the UK has a massive history of taking the European regulatory directives and “gold-plating” them – adding to them.

“Not only that, but we then police them as hard as any other country in Europe and considerably harder than many.”

On Free Trade, Mr Capper added: “There are huge benefits to business and the economy from having customs free trade with the rest of Europe, not just for exporters but also for all of our importers. The same applies to our farming and agricultural industries where although we inherited a bad set of Common Agricultural Policies when we joined Europe, these are gradually being sorted out and in the meantime our farmers and food producers need the market of 500 million population in Europe to sell to.”

Immigration has been a major talking point in the pre-referendum debate. Mr Capper said: “I do not believe on balance that we are greatly disadvantaged by immigration, though I accept that it is a big emotional and cultural issue for many people.

“However, I do fear for our border control if we were outside of Europe. At present we have the best of both worlds, policing our own borders because we are outside the Schengen free movement of people zone and benefiting from the international cooperation from the other EU countries.

“As a general rule, those businesses that I talk to who are in favour of remaining in the European Union, many of whom export nothing, believe that isolationism, and protectionism, going it alone have no place or future in an increasingly global world where borders seem to mean less and less and where commerce is dominated by the internet.

“There are also a number of key areas that require global solutions not even European ones, and certainly not national ones, namely fair taxation, anti-terrorism and economic growth and confidence.”

ENDS
For media enquiries contact Nigel Howle by phone on 0776 204 3436 or email nigel.howle@howlecom.co.uk​