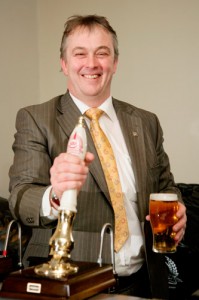 Brewers today welcomed the decision in the Budget to scrap the Beer Duty Escalator and to take one pence off the price of a pint.

Keith Bott, of Titanic Brewery is among brewers who have led a campaign to scrap the duty which has seen beer taxes hiked by 42 per cent since 2008.

The move is likely to lead to more investment in local pubs from small and medium sized brewers such as Titanic, which has opened six pubs in six years.

Mr Bott, who is Chairman of brewers’ association SIBA said: “This move makes sense both for the UK economy and our communities.

“Community pubs are part of the fabric of British society and promote responsible drinking in a convivial setting.

“Our pubs also offer a chance of employment for many people including young workers.

“Since Titanic Brewery was founded in 1985 we have grown from two employees to employing 150 people across Staffordshire but our growth was stymied by ever increasing levels of duty.

“Now we can move on confident that our future investments will be in a sustainable business.”

“Thanks should go to the many MPs who have backed the campaign organised by CAMRA, the British Beer and Pub Association and SIBA.”

“In particular, I would like to thank our local MP in Stoke-on-Trent North, Joan Walley and Andrew Griffiths, MP for Burton.

“Both have worked tirelessly to get behind our campaign.”