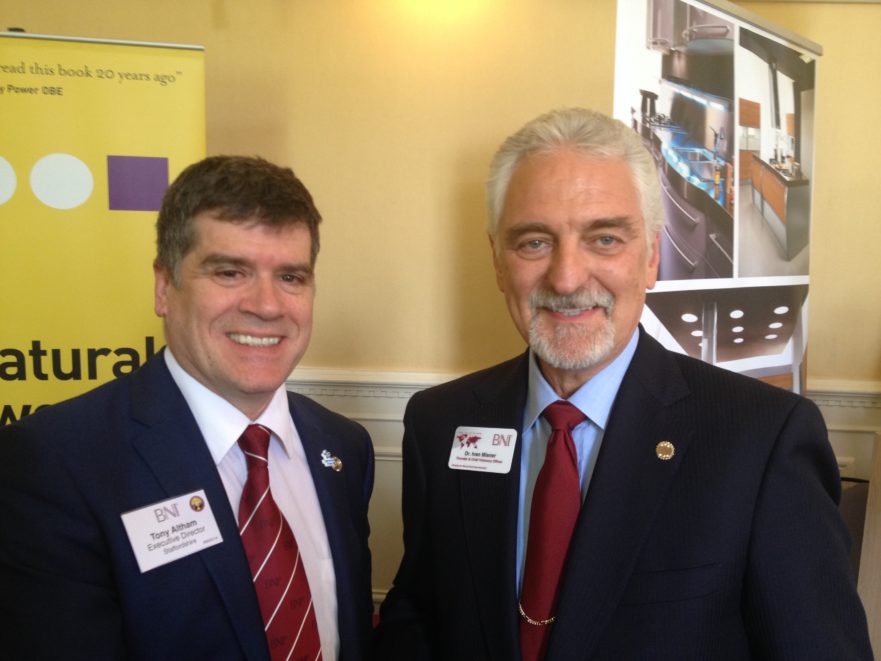 Businesses in Lichfield are being invited to get involved with BNI, a successful international business networking organisation whose Staffordshire members are on course to share £9 million of business in 2018.
BNI Staffordshire has over 180 members in eight groups across the county – but there hasn’t been a BNI group in Lichfield for many years.
The organisation has joined forces with the historic Kings Head, Bird Street, thought to be the city’s oldest pub and home to the foundation of the British Army’s Staffordshire Regiment.
Tony Altham, Executive Director of BNI Staffordshire, said: “BNI is a proven way of growing business and has over 241,000 members in 70 countries. We are building a strong network in Staffordshire and the members of our existing chapters have surpassed all previous records so far in 2018. Several of our chapters are on course to pass more than £1.6m each, in referrals, in the calendar year, giving a total boost of around £9 million to the Staffordshire economy.
“We are now bringing this winning formula to Lichfield, with the formation of Lichfield Leaders BNI, and it is fantastic to be working with the team at the Kings Head which is steeped in history and is ideally located in the heart of Lichfield.”
BNI chapters work to a proven formula and meet at weekly meetings where members are asked to bring referrals for others in the chapter. “The idea of BNI is simple, we all work as a team and to the powerful philosophy that givers’ gain. Each member is motivated to look out for business opportunities for every other member and this creates a strong bond, with each business essentially benefitting from a sales force consisting of all the other members in their chapter.”
All businesses are invited to attend an open meeting at the Kings Head on Tuesday 25th September, starting at 7.30am. There is a fee of £10.00 to cover breakfast costs.
The Kings Head is said to date back to 1408 and holds a special place in military history as the place where, in 1705, Colonel Luke Lillingston raised a “regiment of foot”. This evolved into the Staffordshire Regiment in 1783. The pub is still involved with the British Army, hosting the Lichfield Armed Forces Breakfast Club on the last Saturday of each month.
ENDS
For media enquiries contact Nigel Howle on 0776 2043436, email nigel.howle@howlecom.co.uk