Dustcheck chairman Ed Spires is to take to the rugby pitch for one last time to present new sponsored shirts to Trentham Rugby Club.
Ed wore the Trentham shirt for many seasons and has been a club member for more than 40 years, having played his first game in 1974. 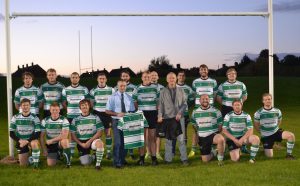 Following a successful career in business during which Ed. and his fellow directors. built Fenton based Dustcheck into the UK’s leading air filtration company, Ed has backed the New Inn Lane club.

Dustcheck is the main shirt sponsor and has also paid for pitch side advertising at Trentham’s New Inn Lane ground. 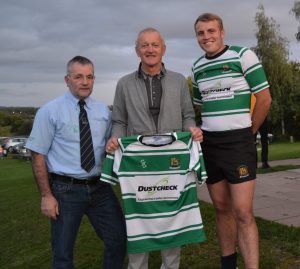 Ed said: “Dustcheck is keen to support local sport where ever possible. I have had a long personal association with Trentham, both as a player and club member, and it is fantastic that I am now able to support them with sponsorship.
“The club has a new challenge on its hands with the formation of the Cheshire South League and all at Dustcheck wish them well.”
Mick Bezus, President of Trentham Rugby Club, said: “Ed has been a terrific champion of our club for many years and we are extremely grateful that Ed and Dustcheck have helped us with new shirts and sponsorship.”
ENDS
For media enquiries contact Nigel Howle on 0776 2043436, emailnigel.howle@howlecom.co.uk