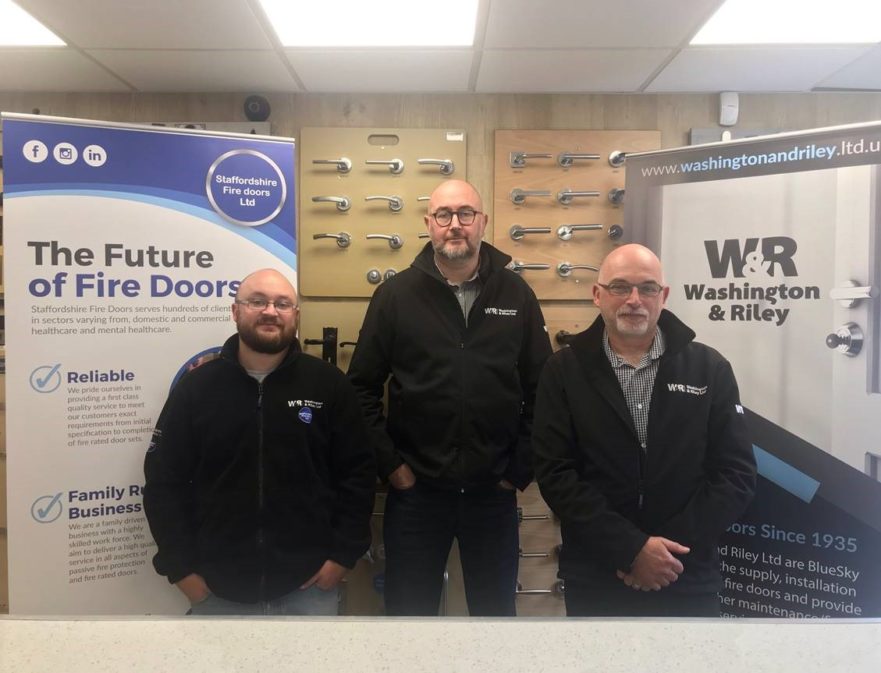 Leading fire door specialists Washington & Riley have launched a unique scheme to help their customers to support the environment – Buy One Get One Tree.

The Burslem-based business has teamed up with The National Forest and agreed to one tree to be planted for every fire door fitted.

With a national outreach, Washington & Riley are among the largest suppliers of fire doors in the UK and work in both the private and public sectors. Director Jason Thompson said the company regularly carries-out work for hospitals and schools and this had led to the idea of supporting The National Forest.

“All the doors we supply are FSC (Forest Stewardship Council) compliant, which means that all our wooden doors are sustainable, but we wanted to do more,” said Jason. “As we work with schools and others in the public sector, we felt that the idea of a new tree for every door fitted would make a great topic for children when learning about the environment and climate change.

“The National Forest were very enthusiastic and said we were the only company to come up with Buy One Get One Tree. For every tree planted in this way, they will provide a certificate and this could be written in the name of an organisation, or even personalised further to a school class or a hospital ward.”

Recipients can choose a tree type from the various species that The National Forest sustains.

Washington & Riley has been trading since 1935 but has seen rapid growth since it was acquired by three former employees in 2016.

Jason Thompson and father-and-son Martin Hammond Senior and Martin Hammond Junior worked alone in 2016 but are now part of a 20-strong team. Seven new staff have joined Washington &Riley in 2019 and they have taken on three apprentices.

“We have worked hard to grow and diversify the company and now have 10 vehicles on the road,” said Jason. “Washington & Riley has grown by expanding its expertise. We specialise in fire doors but now also have a general building maintenance team.”

The National Forest covers 200 miles square miles of the Midlands in Staffordshire, Derbyshire and Leicestershire. Since its inception in the late 1990s, around 9 million trees have been planted.

To find out more about Washington & Riley, please go online to www.washingtonandriley.ltd.uk.