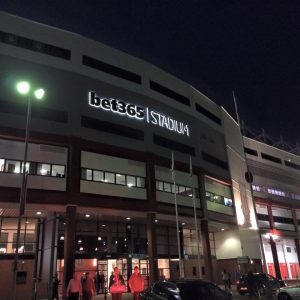 Graphix has been awarded the contract  to transform the visual image and the signage at the newly named Bet 365 stadium.

A second project with the bet365 company saw the Norton, Stoke-on-Trent based company installing the branding at the online betting company’s new Manchester office development.

“In football terms, we’ve won the Double with victories at home, in Stoke-on-Trent, and away, in Manchester,” said Graphix Director Steve Ward.

“The staff are thrilled and it gives me and my colleagues a great sense of pride when we see our work on such a huge scale at our home city’s Premier League ground.”

“We have a long standing association with Stoke City FC, but the recent club sponsorship name change has led to our tender presentation & winning this major rebranding project. It is quite a coup for us, beating stiff competition from larger national companies.

We are a local company, employing local talent, the ownership of Stoke City and bet365 are the same people and the trust we have developed also led to the project at their new satellite office in Manchester.”

bet365 is based in Etruria, Stoke-on-Trent, and is owned by the Coates family, the major driving force behind the success of Stoke City FC. 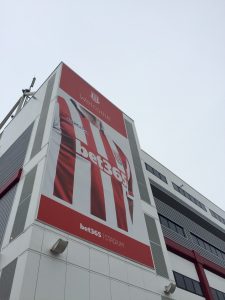 Founded 23 years ago, Graphix is headed by brothers Stephen and Simon Ward. The all-purpose agency has an ever increasing customer list from sole traders to high profile brands including Premier Inns, Novus and Help for Heroes.

Graphix recently invested more than £150,000 in a state of the art digital press as it continues its plans for growth.

Graphic designer Stephen and printer Simon started Graphix from their parents’ home in 1993 and now have 10 staff based at their studios in Knypersley Road, Norton.

Further information on Graphix can be found at www.graphix.me.