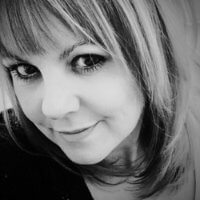 The Chief Executive of child bereavement charity A Child of Mine is to join with parents to light a candle to remember children who have passed away at the Donna Louise Hospice in the last year.
Gayle Routledge, who founded the Stafford-based charity, has been invited to lead a service of remembrance at the Trentham hospice on Sunday, 10 September.
The service is expected to be attended by more than 100 parents.
Gayle said: “It is an honour to be asked to lead the service and to talk to the parents. I write the word and we remember everyone who has been through the hospice in the past year.
“I fully empathise with the grief and whirlwind of emotions that the parents have been going through. We were in the same position seven- years ago when we lost our beloved Lewis to Neuroblastoma, an extremely aggressive child cancer.
“I will, however, also be bringing a message of hope. We miss Lewis so much and he’s there every day, it is a never ending and very emotional journey. But we also have a positive outlook and are able to look to the future. As a family, we are open about Lewis’s death, we love to talk about him and include our other children in those conversations.
“We can smile again and our message is that it is ok to do so.”
Lewis’ death didn’t just change Gayle’s life as a parent. She saw that gaps existed in bereavement services and founded A Child of Mine to try to help.
The charity has grown and now supports parents across the UK. When a child dies in major hospitals across the country, they will receive an offer of support from A Child of Mine.
A Child of Mine has also forged strong links with the Donna Louise Children’s Hospice. Gayle offers support to families whose children are given end of life care at the hospice.
“We have a strong alliance with the Donna Louise Hospice and they have a representative on the A Child of Mine Board.
“A Child of Mine has also forged a bereavement allice with the Donna Louise Hospice, the Douglas Macmillan Hospice and the Dove Service, Stoke-on-Trent.”
To find out more about A Child of Mine, please go online to www.achildofmine.org.uk.
ENDS