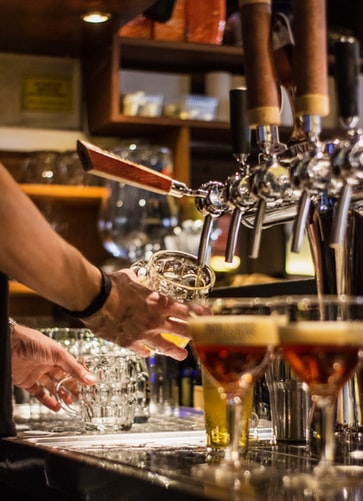 As pubs prepare to open fully from lockdown, a coalition representing Britain’s Brewers, pub companies, operators and beer drinkers have come together to demand a cut in duty paid on beer sold on draught at the pump in the UK’s pubs.

The industry group has written to Chancellor, Rishi Sunak, to demand duty on draught beer sold in pubs should be halved. This shot in the arm for pubs could save drinkers 21p a pint and save pubs from potential ruin this summer.

The change would be exclusive to pubs, bars and taprooms and could reverse the depressing trend of pub closures.  While supermarkets have operated throughout lockdown, pubs have been forced to close, and breweries forced to pour beer down the drain.

A substantial cut of approximately 50% on draught beer duty would change behaviour & encourage people to drink in the pub, creating thousands of jobs in Britain’s pubs and brewing industry.  It would be the equivalent of 21p on a pint of beer served in a pub, and mean a saving of over £15,000 for the average pub.

It would create a Brexit bonus for Britain’s pubs and drinkers, as Brussels previously banned countries from charging a different rate for beer sold on draught in pubs compared to beer sold in bottles and cans in supermarkets. British drinkers pay 54p in duty on a pint of 5% beer, while in drinkers in Spain and Germany pay just 5p in duty.

A huge coalition including SIBA, the Society of Independent Brewers, CAMRA the Members organisation representing beer drinkers, the British Institute of Innkeeping – whose 9,000 individual members run pubs across the UK, and U.K. Hospitality, which represents more than 700 companies in a sector including some of Britain’s largest pub companies, have come together to make a joint call to the Chancellor in order to provide a sustainable future for the industry.

According to CAMRA, the average price of a pint in a pub is £3.36 compared to just £1.34 from a supermarket. A pint of draught beer or lager is something that cannot be replicated at home and is what makes Britain’s pubs so special.  80% of all drinks sold in Britain’s pubs are beer, so a specific duty cut for draught beer and lager will help secure the future of these national treasures and the local brewers who supply them. Pubs in Britain pay an average of £142,000 a year in taxes, with one pound in every three spent in pubs going on tax.

James Calder, Chief Exec of the Society of Independent brewers said: “The majority of beer produced by the UK’s independent brewers is sold into pubs. A lower duty rate for draught beer would support the Government’s levelling up agenda by investing into communities, supporting wet led pubs struggling to recover from the pandemic, and brewers and securing the employment of thousands in hospitality, particularity amongst young people.”

Tom Stanier, Chief Executive of CAMRA said “Even prior to COVID, beer drinkers were seeing too many of their favourite locals closed for good. A cut in duty on draught beer is the perfect way to help them recover post-COVID as well as encouraging customers to return to the pub – where they can enjoy not only locally brewed beer, but all the social benefits of drinking in their local with friends and family.”

Steve Alton, CEO of the BII commented “Operating at the heart of their communities, our nations pubs provide essential local employment, support for local brewers and supplier whilst also providing a special place valued by so many to bring us all together. This investment targeted specifically at pubs will help secure their future as part of national life.”

Kate Nicholls from UK Hospitality said: “The last year has been horrific for the pub and hospitality sector. It is time Government fully recognises the economic and social importance of the out-of-home sector and creates a tax regime that recognises the many benefits that socialising brings. Reducing draught beer duty would be a critical signal, helping us to create jobs and generate sustainable economic growth.”

Over recent years more beer has been sold in the off-trade, with less sold in pubs.  The total volume of beer produced in the UK in 2018 was 4,228m litres, consumed in the on-trade and off-trade markets or 46% in the  on-trade, and 54 per cent in the off-trade.

For media enquiries please contact Nigel Howle by telephone on 0776 2043436 or by email at nigel.howle@howlecom.co.uk