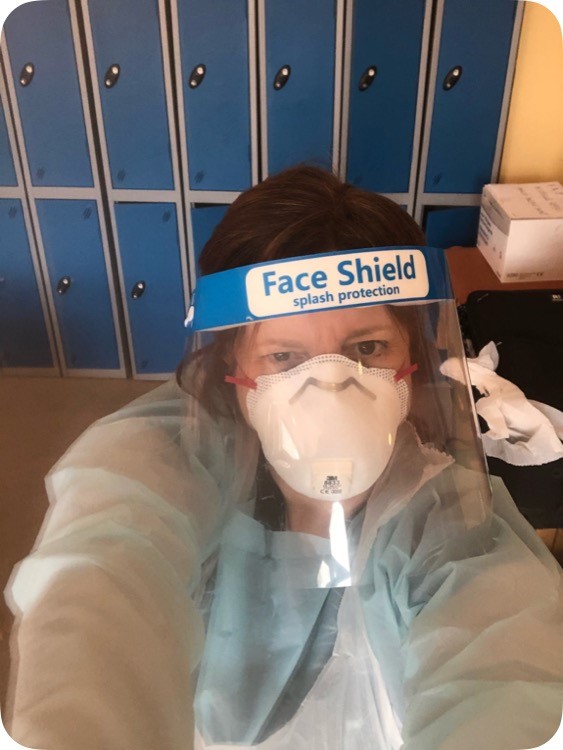 Health care professionals have spoken about the longer term legacy of the coronavirus as infection rates rise again across the UK.

While some sceptics rally against new local lockdowns and early pub and restaurant closures, physiotherapist Carys Roberts and Occupational Nurse Lyndsey Marchant are seeing patients who are struggling to fully recover, months after being discharged from hospital.

Meanwhile,  BBC journalist Mark Edwardson, of Congleton, told how he’s taken months to get up to speed, after being diagnosed with the virus on the day after lockdown in March.

Carys Roberts, a Physiotherapist and owner of Swan Physio, of Keele, said: “We are currently treating clients in clinic for what is now being called long-Covid. A longstanding patient became ill early on in the pandemic and started treatment with us several months later to help with her lingering problems. The most problematic of these include severe fatigue, muscle pain, increased heart rate and whole body spasms. 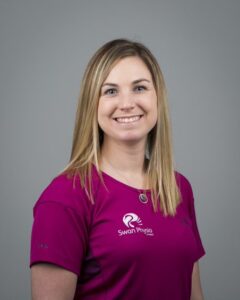 “A second patient has suffered from severe chest pain caused by inflammation around the ribcage (costochondritis). She had previously been visiting Swan Physio for rehabilitation following a knee operation, but Covid-19 has seen her lose the progress she had made and we are having to repeat a lot of the work she had done to regain muscle mass.

“She came back to clinic in June to settle pain in her ribcage and it has been slow progress. We were only able to restart her lower limb rehab in September because she was previously too fatigued and in too much pain due to the lingering Covid consequences.”

In both cases, Carys said, the patients were unable to get enough support from the NHS, probably due to the crisis caused by Covid. She said that while vulnerable and elderly people were most at risk, the cases seen at Swan Physio had not involved people in these categories.

Lyndsey, Managing Director of Stoke-on-Trent based Phoenix Occupational Health,  has a team of nurses who work with companies across the Midlands and North West to improve health in the workplace. 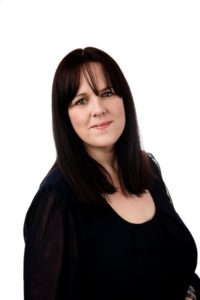 She said: “Medical professionals have known about  post-viral fatigue for many years, so it is unsurprising that we are seeing patients suffering from what some are now calling long-Covid.

“Some of the patients referred to Phoenix OH have been suffering for months now. The ability to go back to full time work is going to be dependent on job roles. If someone works in a warehouse, standing up for many hours and lifting goods, they are not going to be able to do that for quite some time after being hit by Covid-19.

“It is causing problems for both lung function and the immune system. If people try to return to full duties too soon, then they can easily slow down their recovery.

“In one case we have seen an ultra-marathon runner who caught Covid and can’t  now manage a flight of stairs without getting out of breath. In such cases it isn’t only about lung function, it can have a serious affect on mental wellbeing.

“As a rule of thumb, if you are admitted to ICU for a week, it will take a month of recovery and some people have struggled with Covid-19 for several months.”

Lyndsey said that with the virus on the rise this winter, there could be a mounting economic hit for companies due to staff going off sick. “In many cases, we will need to work with companies and their staff to get people back to work on a gradual basis, maybe varying the tasks they do and ensuring they have enough rest.

“As occupational nurses, it is vital that we have a joined up approach with HR and the Health & Safety sector to ensure safety in the workplace, is uppermost in everyone’s mind.”

Turning to preventative measures, Lyndsey said: “Wearing a mask and social distancing is important. While we don’t expect the general public to wear face fit masks, the government are advising us to wear face coverings to help minimise the spread of the virus. I don’t wear a mask for my safety, I wear it to protect the people who I meet.”

Meanwhile, Mark Edwardson, aged 53, a reporter on BBC North West Tonight, has recently returned to work on a part time basis after falling ill with coronavirus in late March.

“I was diagnosed at Macclesfield Hospital but was given the opportunity to recuperate at home,” said Mark. “The first two weeks were awful. At first, I was in bed 23-hours a day. The only thing I felt able to eat and drink were toast and  cups of tea.

“I can only describe the feeling as like being trampled to death. I was confined to the house until June and, even up until late July, getting through a day without feeling exhausted was unthinkable.

“Other lingering symptoms were a loss of taste and smell, and brain fog.

“I was prescribed with an exercise plan; at first that was just walking in the garden, and I remember thinking the now famous Captain Tom, with his walker, was fitter than me. Now I walk every day and I am back at work for around 2.5 days a week.

“It has been a long haul back to anything like full fitness.”