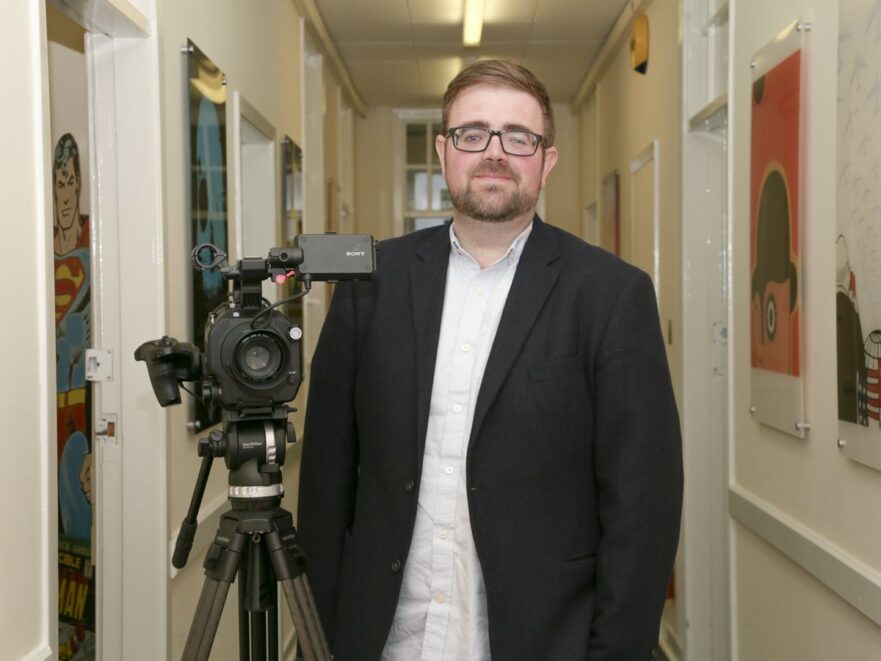 An award-winning film and video company has bucked business trends during the pandemic and recorded record results, thanks to diversification into sector leading online conferencing services.

Along with many companies, Inspired Film and Video saw much of their summer work programme melt away as lockdown hit the UK in March 2020.

But the Stoke-based film makers have recorded their best-ever trading results after forging a partnership with a major US conferencing platform.

Working on their home turf in Staffordshire and with international brands, the company has produced a service to successfully deliver major conferences and exhibitions.

“Like many companies in the film and events sector, we saw almost every project for summer 2020 disappear with lockdown,” said Mike McDonald, one of three Directors at the Federation House, Stoke, based business.

“It I no exaggeration to say that the company was under threat, but we took a decision to take our skills and use them to help companies and organisations move major events online.

“Research led us to partner with a company who had built a world leading online platform. Together with PSBE Cyber News Network, we’ve developed a secure, bespoke service and rolled it out across the UK and Europe.”

Mike said that the platform was designed as a space for major conferences and exhibitions, rather than a space for smaller scale webinars and online talks.

It means that a large conference or exhibition can take place fully in the virtual world. For example, Inspired has delivered a global conference for the Orange cyber security network and, in the local area, a virtual freshers’ week for Staffordshire University.

“The platform is extremely secure and that’s demonstrated by its use for cyber security events,” said Mike.   “We can create a virtual exhibition hall, where visitors can not only view products on stands but can talk to exhibitors in real time.  We’ve taken on the US built platformed and used our film making expertise to add in additional content.

“For one event, we had six international speakers in six different time zones, speaking to a global audience, there were large conference hall style sessions and small breakout rooms.

“Adding in entertainment packages has also led to positive feedback, for example, we have provided special content for conferences and exhibitions, including a comedian, DJ sets, Northern Soul and even a magician who starred on Britain’s Got Talent.”

Mike said that the pandemic had forced companies to innovate in how they communicate with their audiences and he predicted that new ways of virtual working will continue to develop, even when the world opens up again,

“We began to get more deeply involved in online events due to lockdown, but the potential is huge even when the world starts to return to pre-COVID-19 practises. People use the term the new normal and the new normal will be different than before as major organisations recognise the benefits to their business practices of using international online conference services.

“There’s major efficiencies in terms of travelling times and that also benefits the environment, as companies become ever more aware of the environment and global warming.”

Inspired Film and Video has seen a rise in film making again as lockdown has eased and believe there’ll be a pent-up demand for their services in 2021.

They now plan to run both on site film services and virtual conferencing in tandem and have set up a new website with PSBE Cyber News Group to promote the virtual offer, see www.virtualeventservice.co.uk.

Inspired Film and Video is now predicting growth in 2021, employing at least one new member of staff and forecasting financial growth in both arms of the business.