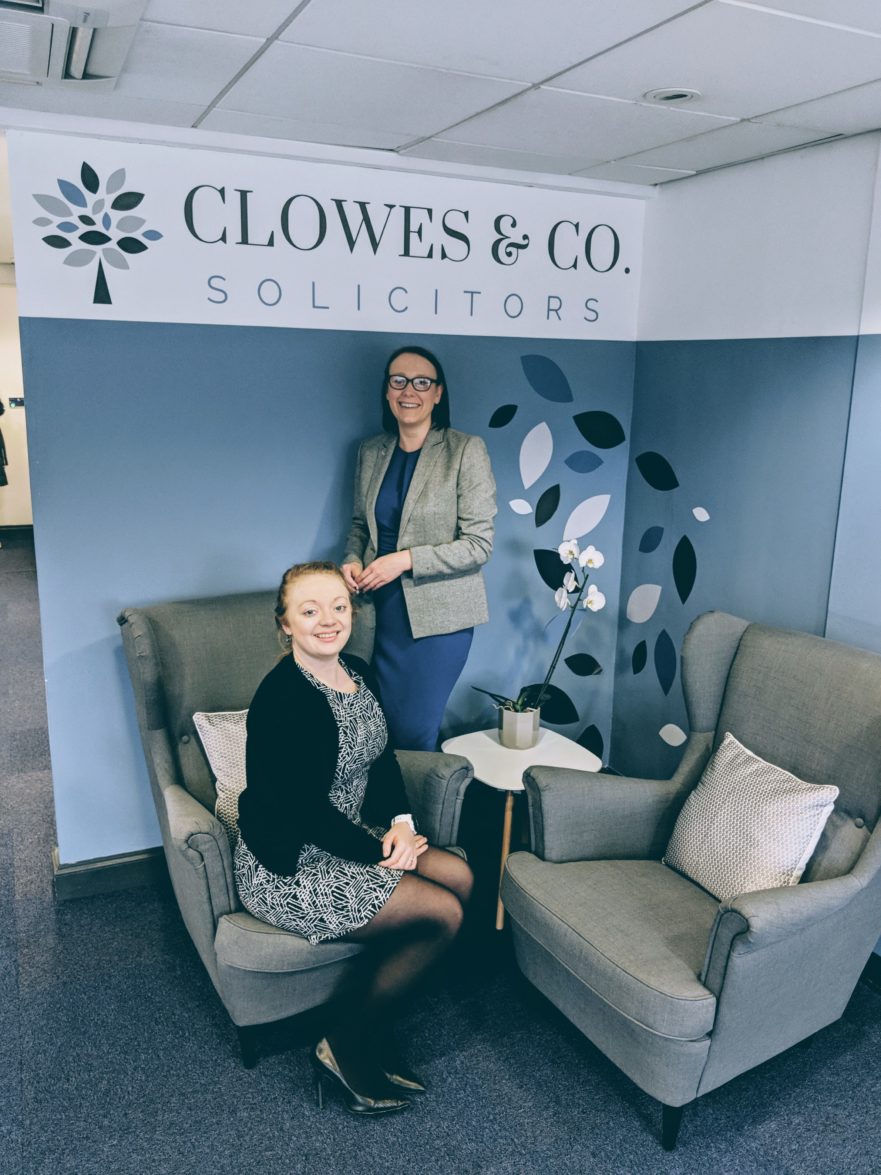 North Staffordshire law firm Clowes and Co has teamed-up with the Midlands Air Ambulance to offer a free Will writing service for people aged 55 or over. The free service is available if residents agree to leave a legacy to the air ambulance in their Will.
Baddeley Green based Clowes and Co are the only firm in North Staffordshire to offer the free service in partnership with the air ambulance charity and Partners Sarah Clowes and Alexandra Finney believes the scheme will both raise awareness about the importance of making a Will and provide vital funds to a lifesaving service.
Sarah said: “Legacy giving makes a real difference to this vital service as four in 10 air ambulance missions are funded by Wills.
“We know that many people don’t like to think about a Will and we believe this initiative will help to spur people on to thinking about planning a Will while helping to fund a service that saves lives.”
Surveys suggest that around one in four people over 55 in the UK adults haven’t made a Will and this rises to around 60 per cent if all adults are considered.
Yet there are many advantages to having a Will. Dying intestate (without a Will) means the Government will decide the order of who gets what from your estate – and if no one comes forward then the government will take the lot. Not having a Will in place could also result in inheritance tax being due before the estate is released, so grieving families may be forced to take out expensive loans in order to release the assets.
The demand for air ambulance services is rising fast, yet the service is a charitable one unlike the public sector funded police, fire and road ambulance emergency services
Midlands Air Ambulance Charity attended 23 per cent more missions in the last 12 months than in the previous year, as well as attending its 50,000th mission in March 2018. Trauma and accidental incidents rose overall, reaching 1,749, of which 736 were road traffic collisions – up 20 per cent in comparison to 2016/17. Stabbings and violent crime were also responsible for the rise in call outs, making up almost seven per cent of missions throughout the year.
On average, Midlands Air Ambulance Charity now airlifts a biker every three days and a horse rider every four days.
Ian Roberts, air operations manager for Midlands Air Ambulance Charity, said: “It’s clear from these statistics that the need for the support of the critical care paramedics and doctors on board our helicopters is higher than ever, which is why we are constantly looking to improve our operational and clinical services to ensure we can keep saving lives every day. The skilled aircrew, together with state of the art equipment and helicopters, ensure a patient’s chances of survival are vastly increased, but in order to stay operational we need to raise in excess of £9million each year. Thankfully, the general public and local businesses across the six counties we cover, do an amazing job every year to raise funds for the charity.”
Added Sarah: “Many people say they intend to make a Will but it often gets left on the to do list. As solicitors we see all too often how this can cause problems. People who want to take advantage of this free service can drop into our office on Baddeley Green Lane or contact us on 01782 444204 to arrange an appointment.”
Clowes and Co. Solicitors employs a team of five. They provide a range of services including Wills and Estate Planning, Conveyancing and Property, Probate and Estate Administration, Powers of Attorney, elderly client services and divorce and family law.
ENDS
For media enquiries contact Nigel Howle, telephone 07762043436, email nigel.howle@howlecom.co.uk.