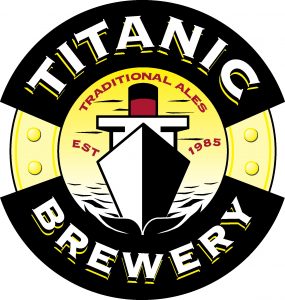 Publicans are toasting the success of an initiative aimed at getting people off their sofas in January and February.

Titanic brewery is supporting local pubs in the Staffordshire Moorlands by awarding Blue Riband status to the pick of the pubs it supplies,

And the Stoke-on-Trent brewery has generated new customers for the pubs with its Staffordshire Moorlands Blue Riband Pilgrimage.

“We know that the dark days of January and February can be difficult particularly for rural publicans,” said Brewery Director Dave Bott.

“We want to reward pubs who are both loyal customers of the brewery and show consistently high standards of service.

“The brewery has designed pilgrimage passports and been running a promotion to encourage customers to visit each of the nine pubs in the scheme.

“A specially designed T-shirt is on offer for any customers who have their passport stamped in all nine pubs during January and February. “

Antony Hill, licensee of the Marquis of Granby, Ipstones, said: “The Blue Riband passport has brought people in from all around the Moorlands and beyond. They are trying pubs which they have perhaps not visited before and we should get the benefit again during the summer months when people take a drive out into the country to find a favourite rural pub.”

Geoff Turner, owner of Den Engel, Leek, said: “The hardest part of the business is to get people out of their warm living rooms at this time of year.

“This initiative has got people into the pubs and we have seen fresh faces which has to be good for the future.”

“People are really enthusiastic about the initiative and it is keeping the beer pumps flowing at a slow time of the year,” added Pete Hill of the Jervis Arms, Onecote.

Titanic’s full range of beer can be seen on the company’s website at www.titanicbrewery.co.uk  Titanic Brewery was founded in Burslem in 1985 and has grown to produce more than 2.3 million pints of fine ale every year. It is owned by Stafford born brothers Keith and Dave Bott. Keith is Chairman of SIBA, the society of independent brewers. The brewery name is in recognition of Stoke-on-Trent as the birthplace of Captain Edward Smith, Master of the ill fated Titanic ocean liner.