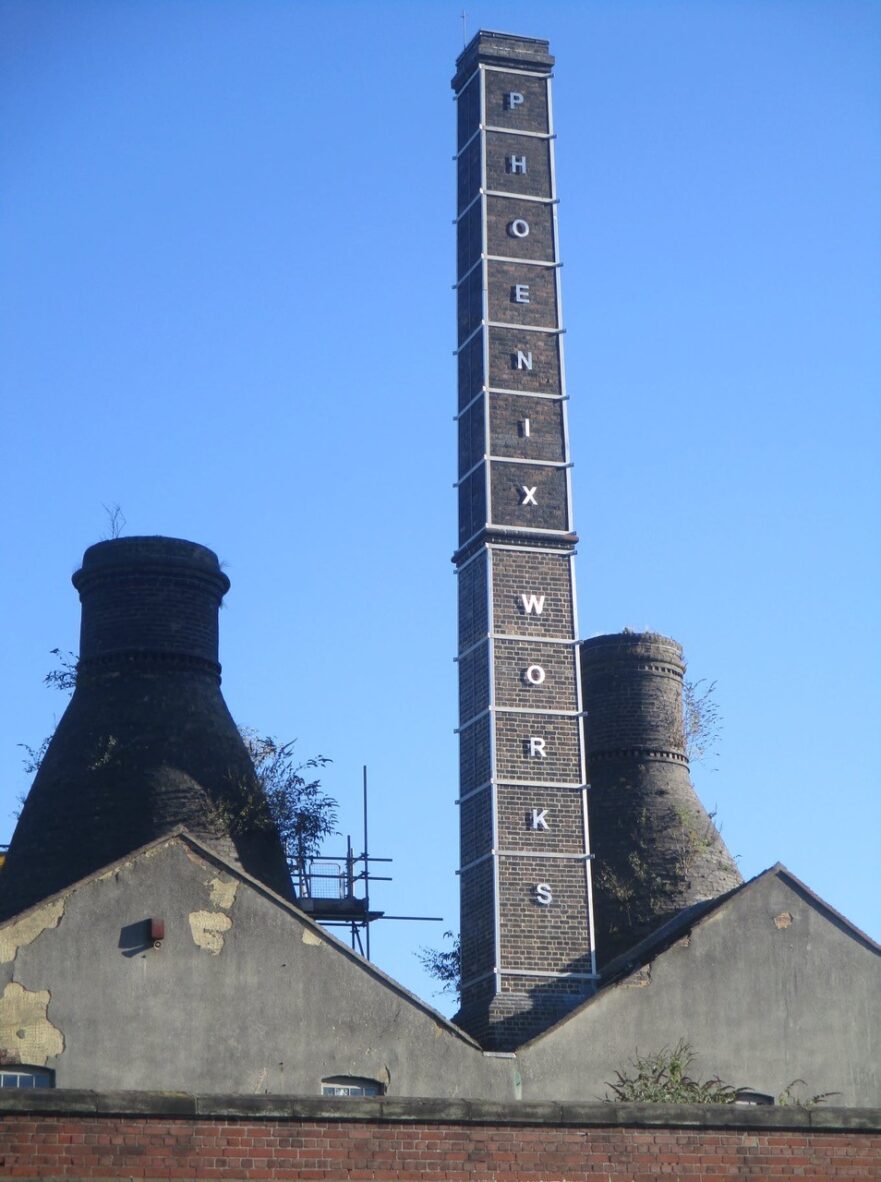 The 90ft tall chimney, at the former Thomas Forester and Sons factory, at 500 King Street, was in major disrepair, according to owner Mark Milner of Kirklands Properties.

Now the landmark, built in 1891, is fit to retain its place on the city skyline for a least another 100 years. It’s  also been given a makeover with smart new signage that can be seen from the Stoke-on-Trent to Derby railway line and the A50.

“The chimney was in a very poor state,” said Mark. “We secured a 90 per cent grant from Historic England in 2020, and, after a year-long project, including delays due to Coronavirus lockdowns, work is now complete.”

The completion of the chimney work means Kirkland Properties can now forge ahead with work on a 5,000 sq. ft., two-storey office at the Phoenix Work business  and retail centre.

The new office will wrap around a bottle kiln, encased inside the former majolica pottery works and protruding from the roof. Earlier this year, an investigation by industrial archaeologists revealed that the Phoenix Works’ bottle ovens used a rare type of technology. Previously, it was believed they were updraught ovens, but investigations found they were rare examples of down draught ovens. The bottle ovens are linked to the chimney via a tunnel. 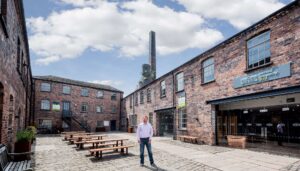 Mark said:  “We’re confident that we’ll gain major interest in the new office, It is the last part of the complex still to be renovated and all available units at the Phoenix Works are fully occupied.

“Part of the building work will lead to creation of public access to view the inner workings of the bottle kilns, as we are passionate about promoting Stoke-on-Trent’s unique heritage.”

Mark has spent more than a decade transforming the Phoenix Works from a derelict shell of a building to a vibrant commercial space. He said: “We’ve weathered the recent lockdowns well and our office and retail spaces are full, We are also using our outdoor courtyard space for events and artisan markets.”