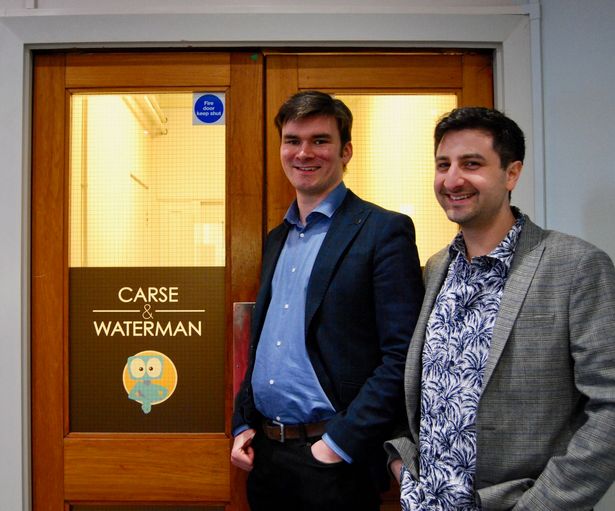 Animation experts at Carse & Waterman have added to the magic of Christmas by bringing the world-renowned Trentham Gardens fairies to life.

The award winning Stoke-based animators have partnered with Junction 15, another local film company, on a festive advertisement for Trentham Gardens. The finished commercial can be seen here:  www.youtube.com/watch?time_continue=30&v=3PyGnj1R2mc&feature=emb_logo

The commercial, which combines live action with animation, will be shown on ITV and Sky video on demand services in the Midlands and North West England  during December.

Making the Trentham Gardens fairies fly this Christmas was a complex job for the Carse & Waterman team.

Dan Waterman, company Director and the project’s Animation Supervisor, explained: “The project began with lots of research on the fairies, gaining understanding of how their creator, Robin Wight, of Fantasy Wire Ltd, works to sculpt the fairies for Trentham Gardens. Our team spent time with Robin, who lives locally in the Staffordshire Moorlands, in his workshop and we looked at the process involved in his incredible fairy creations.

“To allow creative freedom for the animators we created a simplified fairy model that was animated and then we projected the complex wires on to the simplified model. The next task was to ensure the lighting for our animated fairy perfectly matched the live action footage from Junction 15. This was then rendered and it took our servers just over four- days to process the final image, applying all layers of lighting and textures.

“We were delighted with the outcome and we hope viewers this Christmas will agree.

“It was a fantastic project to work on and the result on the TV screens showcases the combined talents of two North Staffordshire film making teams. Junction 15 regularly work with Trentham Gardens and we were delighted that they chose Carse & Waterman to work with them for the animated scenes. It is very satisfying to be able to see our work being used to promote a major North Staffordshire tourism venue.”

Launched in 2005, Newcastle-under-Lyme based Junction 15 are Emmy award winning videographers.

Carse and Waterman have a 10-strong team based at Federation House, Stoke. They have recently produced VFX sequences for TV shows There’s Something About Movies and Inside No. 9 and, earlier this year, won a much-prized Gold Statue in the international Telly Awards for their VFX work on The Keith and Paddy Show.