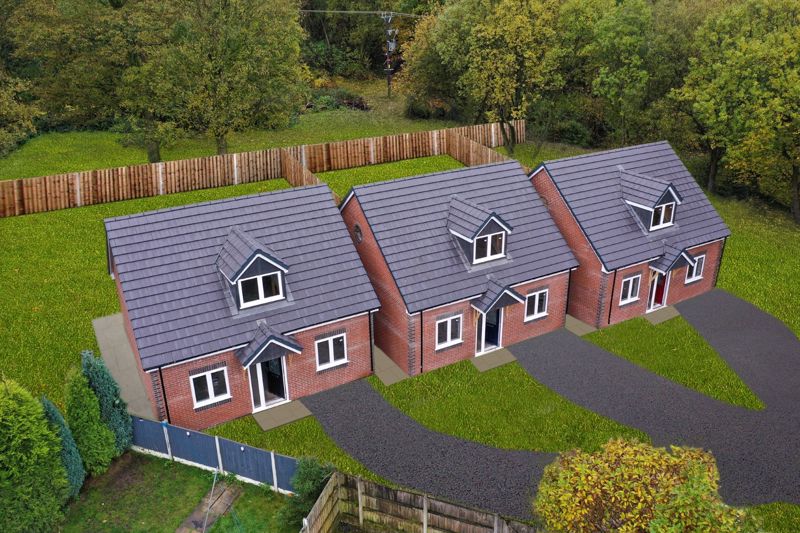 A growing building company is nearing completion on its first major house building project and is looking to the future by employing its first apprentice.

Three new high specification homes located on a gated-secluded woodland site on the outskirts of Silverdale, Newcastle-under-Lyme, have been developed by Stoke-on-Trent based One Way Build. The development of three-bedroom dormer bungalows is now on the market with local estate agent Samuel Makepeace and are being offered for sale at a starting price of £240,000 each. Site works will be completed in March.

One Way Build is part of the One Way brand and grew from the collaboration of both successful  companies, One Way Electrical, founded by Wayne Bennett,  and Meath Build, founded by John Flynn, with offices in Longton.

“The new development is significant as it represents our first ground-up development,” said Wayne, who runs One Way Build with his business partner, John Flynn and experienced builder Jordan Powell.

“One Way Build started out doing domestic jobs and house refurbishments, before taking a leap forward when we secured the new build contract for the site at Cheltenham Grove, Silverdale. The three detached homes sit at the end of a private drive and behind electric gates. Each house has been built to the highest specification for the price and local market. The upper floor of each property comprises a spacious master bedroom with an en-suite double shower room, a dressing area and generous storage space, while the ground floor features two bedrooms, an ultra-modern fitted kitchen, a master bathroom and a large open plan lounge, with bi-fold patio doors opening on to a landscaped garden.

“It’s a landmark project for our team and all work has been completed using our own builders, supplemented by local trades. This has led to work for sub-contractors, including groundworkers, plumbers, electricians, plasterers, joiners, bricklayers, roofers, window fitters, landscapers and fencers, all local to North Staffordshire. Most materials have also been sourced from local suppliers.

”Wayne, John and Jordan have over 50-years experience of the construction industry behind them, working on projects across the UK.

Now One Way Build has taken on its first apprentice, Zora Mohd, aged 16, from Blurton. She said: “Joining the building trade has been a goal of mine for the last few years. I enjoy the practicality and an apprenticeship gives me the opportunity to learn a trade and skills that will be useful, both in home and work life.”

Wayne added: “It’s good to welcome Zora to our growing team and to give a young woman the chance to learn a trade. Zora will both learn on site and complete an apprenticeship through locally-based PM Training.

“We founded One Way Build in 2018 as we were providing work with builders, including Jordan, on commercial and industrial electrical projects. The building company has really taken off over the past 12 months, taking on several new projects.

“We’ve also developed our own garden building, working with an award-winning designer. The building can be used as an office, extra living facilities or an entertainment space and looks stunning. It’s an area where demand is high, particularly as more people are working from home due to the pandemic and are looking how to remodel or create additional space.” 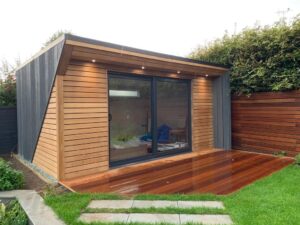