A 24 bed extension to a Newcastle-under-Lyme dementia care home is set to go ahead following a planning appeal.
Permission for the proposed two-storey extension at the St Quentin Residential Home in Sandy Lane was initially refused by Newcastle-under-Lyme Borough Council.
But approval has been granted by the Government Planning Inspectorate after an appeal led by Carl Copestake, Town Planning Partner at professional services experts Knights and Carl Croft, Managing Director of Croft Architecture.
A planning inspector over-turned the council’s refusal, dismissing concerns that the development would be detrimental to the character of Sandy Lane which has been designated as an Area of Special Character.
Fears from residents over traffic were dismissed as there were no objections from the borough council or the highways authority.
The inspector also noted the sustainable location and highlighted that the provision of 24 bedrooms for older people with specialist care needs will make an important contribution to the Council’s housing requirements and help fulfil a demonstrated need for specialist care within the Borough. 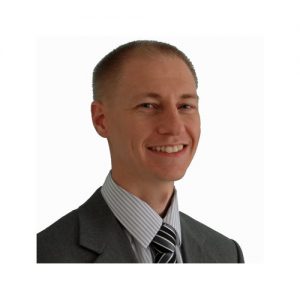 Carl Croft, of Staffordshire based Croft Architects, said: “The planning refusal was over-turned on all points. The inspector agreed with us that the development would not have a detrimental impact on the area.
“Research shows that Newcastle Borough currently has below the national average supply of dementia care beds, with a predicted 45 per cent increase needed over the next decade to safeguard the needs of an aging population.
“We always believed that we had put forward a well-designed building which would preserve the character of Sandy Lane while helping fulfil this need for specialist dementia care bedrooms and facilities in North Staffordshire.”
Carl Copestake, of Knights, commented: “We are delighted that the Inspector concluded that the proposal would have an acceptable impact upon the character and appearance of the area, and the adjacent conservation area.  It was also interesting to note that the Inspector gave much weight to the contribution that the 24 beds would give to the council’s five year land supply, and towards the provision of specialist EMI (Elderly Mentally Infirm) housing for which we demonstrated a need within the borough.”
ENDS
For media enquiries please contact Nigel Howle by phone on 0776 2043436, emailnigel.howle@howlecom.co.uk
Further information on Croft Architecture can be found online atwww.croftarchitecture.com