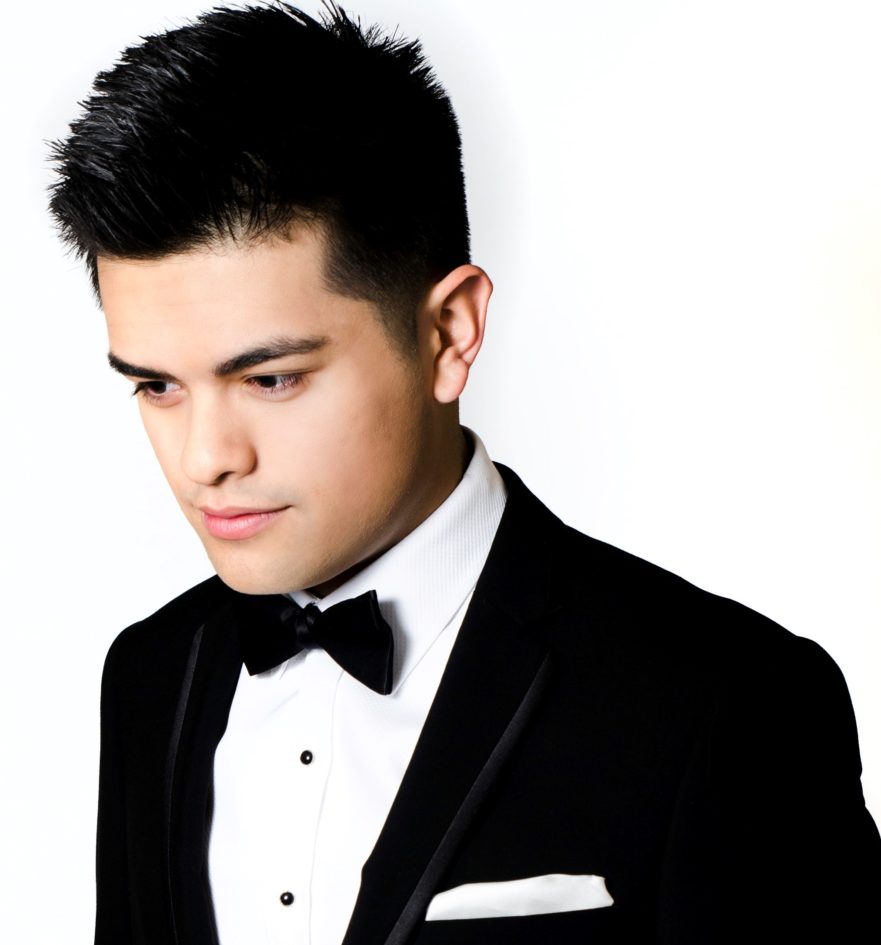 Award winning recording artist Charlie Green has been added to the bill at May’s Proms and Prosecco in the Park concert at Weston Park.

After thrilling audiences on Britain’s Got Talent as a teenager, Charlie has gone on to record seven albums and toured across the world. With a silky smooth voice. Charlie, from Worcestershire, has performed on TV shows in the US and China and has recently been touring the UK and USA with Jimmy Osmond in the stage production of Moon River & Me.

Having returned home for a sell-out date at the Huntingdon Hall, Worcester in 2018, Charlie will bring his blend of smooth jazz to Proms and Prosecco in the Park at Weston Park on Sunday, 26 May.

“We are delighted to welcome Charlie to our line up at Weston Park,” said Esther Wright of Fizz Festivals.  “Charlie has literally been singing all his life, making his debut serenading cruise ship passengers with “New York, New York” at just three years old. Charlie was a popular semi-finalist on TV’s Britain’s Got Talent in 2008, attracting more than 10 million hits on You Tube and immediately being given a record deal.

“Part Filipino, Charlie is a major star in the Philippines, winning three awards at the country’s version of the Grammys and he’s extremely popular in China, singing to millions at the New Year’s Eve countdown event in Shanghai city centre and at the Chinese TV Fashion Awards.”

Charlie will join acclaimed stars in the popular classical music arena at Proms and Prosecco in the Park. Pop opera duet Belle Voci are headlining the event. The Chester-based duo have performed with Gary Barlow and Alfie Boe and led the singing of the national anthem at the Wembley final of the Rugby League Challenge Cup. They rose to prominence as finalists in The voice 2018 where judge Jennifer Hudson said: “It is like perfection. The first time I heard them, I was like is that a pre-record, sing that again!”

They will be joined by an inspiring line-up of international recording artists and talented local singers, including String Infusion, a popular string quartet who will entertain the crowds with their popular repertoire, featuring classics from Vivaldi to the Verve.

Also taking to the stage will be the Lymm Concert Band, a highly successful combination of over 30 woodwind and brass musicians who attract large audiences at concerts throughout the summer season. The Cheshire musicians entertain audiences with their interpretation of popular numbers from Mary Poppins, the Lion King, Hairspray and even Eye of the Tiger from Rocky.

It will culminate with a grand finale of traditional Proms classics, such as Rule Britannia, with a host of artistes on the stage.

Esther said: “Proms and Prosecco offers a mix of high quality music, great food and family entertainment. Along with the performers we will have fantastic street food on offer, free children’s activities including circus skills, and fabulous bars with Prosecco and a great range of high quality drinks.

“We attracted an audiences of around 2,000 people to Chetwynd Deer Park, Newport, last September, and this inspired us to build a new event in the splendid setting of Weston Park on work on 26 May.

“This will be followed the next day by the Fireflies Festival at Weston Park. Fireflies has a popular music vibe and is headlined by leading Take That tribute band Take This. The band have performed their popular A Night of Take That show to audiences across the country. The line-up includes a number of bands and soloists from the West Midlands and beyond, ensuring that there really is something for every musical taste, making it an event that the whole family can enjoy together.”

Added Esther: “The two events have a different vibe but there’s a huge audience out there for high quality live music of any genre and we are offering the opportunity for people to come to both, or just one, with a range of ticketing options. We think it’s a great way to enjoy the Bank Holiday weekend.”

Earlybird tickets are on sale now until the end of April. Camping is also available, including pre-pitched tent options . See www.fizzfestivals.com for more details