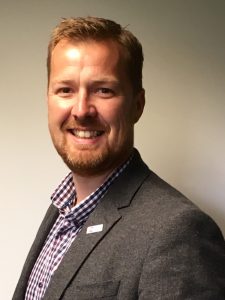 Festival Park based Mounsey recently secured Q-Railings as the first occupier at Tunstall Arrow and are working with developer Network Space to market the remainder of the development.

“The Ceramic Valley Enterprise Zone is a major boost to the employment and inward investment potential of North Staffordshire,” said Richard.

“At the same time we are assessing several further strong enquiries from companies who are looking to relocate and see Stoke-on-Trent, and Tunstall Arrow, as an attractive proposition.”

“Tunstall Arrow is ideally situated on James Brindley Way with easy access to the A500 and the M6. There is a population of more than 320,000 within a 20-minute drive time of the site.”

Richard added that potential uses for the Tunstall Arrow site include all business uses including manufacturing, trade counters, distribution, offices and uses such as restaurants and roadside trade.”

Ceramic Valley is a series of six employment sites stretching along the A500 corridor from Cliffe Vale to Tunstall, with a total of 140 hectares of developable land.

Founded six years ago by Chartered Surveyor Richard Mounsey, the company has grown to employ eight people and works primarily in the commercial real estate markets.