Newcastle-under-Lyme School’s work with pupils on the Duke of Edinburgh’s Award scheme has won royal approval.

Head Master Nick Rugg was invited to St James’ Palace to meet Prince Philip, the Duke of Edinburgh, and receive recognition as an Independent Operating  Authority for the awards programme.

The special status means that the school is able to authorise and grant Duke of Edinburgh’s Awards in its own right.

Mr Rugg said: “We are delighted to have been given this special authorisation and it was a great honour to be invited to meet the Duke.

“It is not the norm for a school to be given this status and it is a testament to the hard work of the team over many years of delivering the programme at our school to such a high standard.”

Around 150 Newcastle-under-Lyme School pupils are currently participating on the Duke of Edinburgh’s Awards.

The Duke of Edinburgh’s Award scheme has been running since 1956 and there are around 275,000 participants taking part today all over the UK. The skills developed over the Bronze, Silver and Gold awards are invaluable and often set young people off on a life-long love of taking on new challenges.

Newcastle-under-Lyme School is an independent day school catering for pupils from three to 18 years of age. A nursery, junior school, senior school and sixth form are all part of the school family. The School is able to commit over £700,000 a year from its own resources to support the education of children from lower income backgrounds. 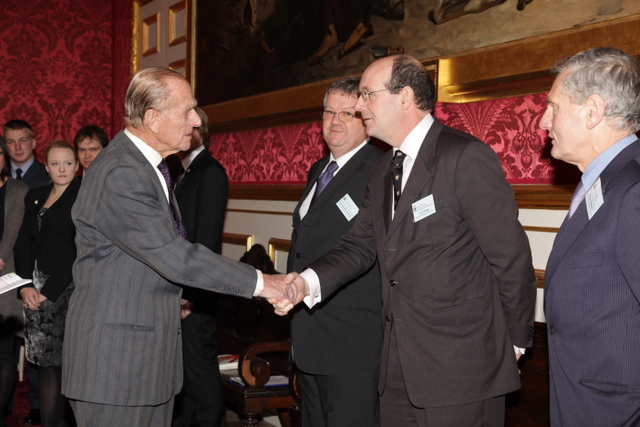