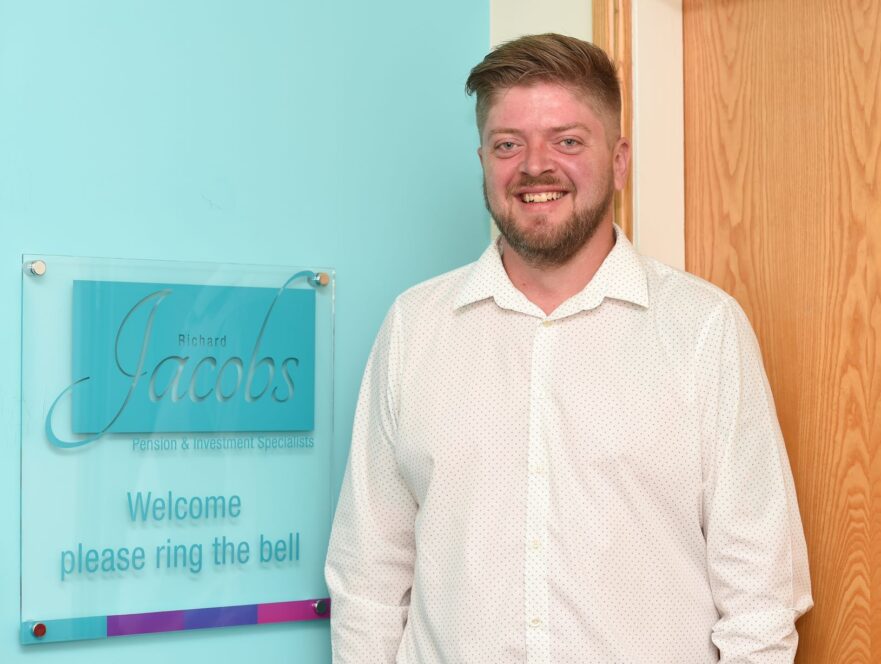 A young finance professional from North Staffordshire has been named as New Paraplanner of the Year in a prestigious national awards scheme.

Sean Hurst, of Richard Jacobs Pensions and Trustee Services Ltd triumphed over a record number of applicants in the 2020 Professional Paraplanner of the Year Awards.

Sean of Kidsgrove, is currently a trainee paraplanner, but is working towards professional qualifications which will allow him to offer independent financial advice.

Company Director Kate Barnard said: “Sean joined us two years ago and he’s grown into a very valuable member of the Richard Jacobs’ team. The award recognition is fantastic, especially as they are judged by some of the most well-known names in the industry. We are very proud of what Sean has achieved.”

Sean said: “Entrants were asked about what drew them to a career as a financial planner. I concentrated my answers around professional development and the satisfaction of working with customers to give them the best available advice.

“There’s not many bigger responsibilities than being trusted with a family’s future investments and it is a privilege to be able to offer support in this area.”

As a junior paraplanner, Sean carries out research for the senior members of the team. He is working towards a level two qualification in paraplanning which would allow him to Advise customers directly.

He explained: “We currently have two very experienced and well respected advisers; our directors, Richard  Jacobs and Emily Small. They scrutinise and sign off all the team’s  work and give the face to face advice and my work goal involves qualifying to give that advice.”