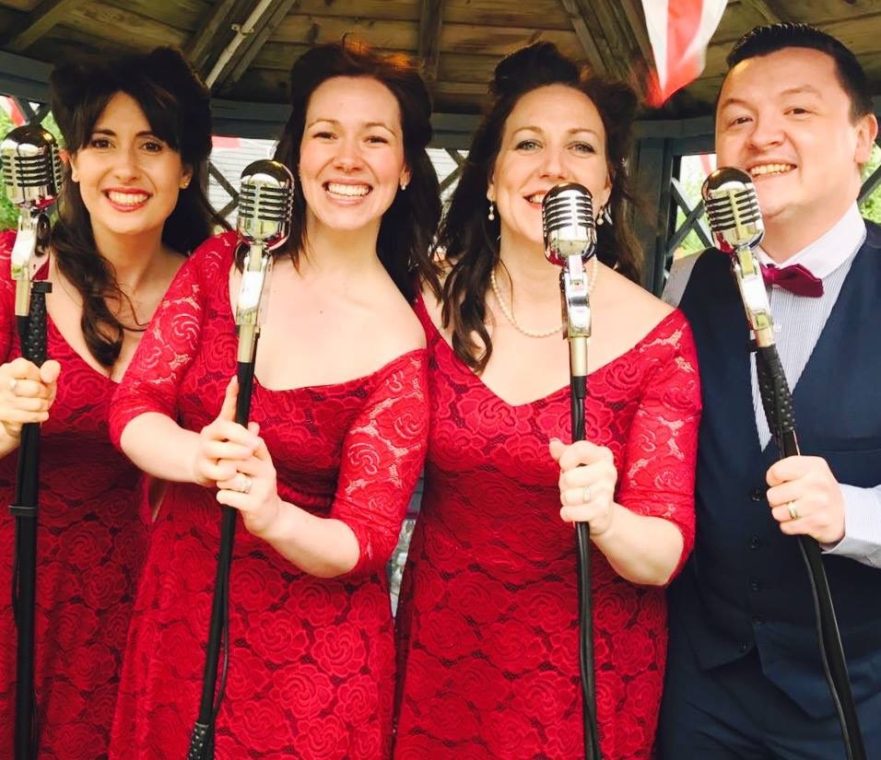 Local artists will take centre stage alongside  stars of the West End and classical music at Shropshire’s Proms and Prosecco in the Park.

Close harmony group The Ronnies will entertain the crowd at Chetwynd Deer Park with their nostalgia-tinged swing songs, while The Darby Singers will showcase songs from their wide repertoire of pop and choral songs.

BBC Radio Shropshire’s Paul Shuttleworth and Ryan Kennedy have been announced as the hosts for the event on Saturday 14 September.

Proms and Prosecco in the Park is back for a third year at Newport’s picturesque Chetwynd Deer Park after attracting crowds of close to 2,000 music-lovers in 2017 and 2018.

The unique event culminates with a Last Night of the Proms finale, where a host of musicians perform classics including Land of Hope and Glory and Rule Britannia in front of an audience of flag-waving one-day outdoor festival-goers.

Organiser Esther Wright of Newport based Fizz Festivals, said: “We provide a family friendly festival designed to appeal to the whole family. A big part of the appeal are the local singers and musicians who get the chance to perform in front of a big, friendly crowd, with fabulous sound and lighting, alongside our established star performers. Our artists are carefully chosen to appeal to a crossover classical and pop audience.

“For 2019, we are delighted to welcome The Ronnies and Telford-based The Darby Singers. The Ronnies bring their nostalgia-tinged Swing music to the Chetwynd Deer Park stage and are influenced by the Andrews Sisters and the  pre-pop music scene.

“Choirs have also been a big hit at previous Proms and Prosecco in the Park events and the long-established  Darby Singers are among the best on the regional circuit. We also have the Blackwell Concert Brand from Bromsgrove, North Worcestershire, who have an amazing, eclectic repertoire, ranging from to jazz, film scores, pop and rock.”

Timed to coincide with the Last Night of the Proms in London’s Royal Albert Hall, Proms and Prosecco in the Park is staged by Fizz Festivals Ltd on Saturday, 14 September, from 2pm until 9pm. This year’s headliner is Jon Moses whose West End credits include playing the lead in Jesus Christ Superstar. Acclaimed as one of the UK’s leading baritones, Jon’s voice has been described as incredible by Lord Andrew Lloyd Webber.

Also high on the bill, are Classical Reflection, a vocal duo made up of identical “mirror” twins Naomi and Hannah Moxon. Classical Reflection’s path to success began when they impressed audiences on TV show The Voice in 2016. They have gone on to headline at the Royal Albert Hall and been nominated for a classical Brit Award.

Grazia Strings, a professional, classical and electric string quartet, Grazia Strings’ will thrill the audience with their interpretation of classical and pop songs, while acclaimed saxophonist Dominic Childs will be joined on stage by pianist Simon Callaghan.

The musical entertainment at Proms and Prosecco in the Park will be complimented with a wide-range of delicious street food, craft beer and cider, gin and sparkling fizz. Concert-goers are encouraged to bring along a picnic table and chairs and settle in for six hours of entertainment.

There are a range of entry packages available, including a corporate package, VIP tickets and even a dog ticket, for families who want to bring their well-behaved family pet.

“We work hard to make the event an occasion for the whole family,” added Esther. We know from feedback in previous years that the variety of music at this event is what keeps the audience coming back for more. It’s certainly not just classical. We have everything from Elvis to Elgar, The Verve to Vivaldi. There really are musical surprises at every turn! Coupled with this, there will be plenty of high quality artisan food and drink suppliers on site and there’s fun and entertainment to keep the children busy, while parents sit back and enjoy the music.”

“New for 2019, we have an undercover bar area and a limited number of pre-erected gazebos available to hire – perfect for people who want to enjoy the event whatever the weather. These are sure to sell out quickly”