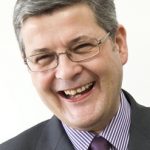 A group of Staffordshire businesses which work together to generate growth has recorded over £1 million in income for the first time.

Around 150 businesses are part of the growing Business for Breakfast (BforB) network in Staffordshire.

A year end survey of members’ income for 2012 revealed members gained around £1,080,000 of business – over double the amount recorded in the previous 12 months.

Stuart Walton, Managing Director of BforB, said: “Wealth generation has repeatedly grown since we launched the Staffordshire arm of BforB with just one group in April, 2010.

“Businesses recognise the benefits of meeting regularly and building up the trust to refer fellow group members on to their own pool of business contacts.

“We are continuing to expand with the opening of a new Stone group which will meet for the first time on Wednesday, 6 February.”

In one recent case, a referral from a Uttoxeter member resulted in the generation of over £70,000 in business for Wolstanton based AMB Insurance Services.

Phil Oakley, Director of Stafford based OutserveWeb, said: BforB has become essential in growing my business and it has been by far the most successful lead generation activity for OutserveWeb. I track all my leads and know that the referrals from BforB are more likely to convert to customers. I believe this is because of the quality of the people in the room and the quality if the referrals that are passed.”

Stuart, of Milford, near Stafford, built up the BforB business in Staffordshire after buying the franchise for the county in 2009.

He recently became UK Managing Director of BforB running the organisation from offices on the Staffordshire Technology Park, Beaconside, Stafford.

Founded in 2001, Business for Breakfast has grown to establish a network of referral marketing groups. The groups are run by franchisees under the guidance of Managing Director, Stuart Walton.

With its head office in Stafford, the company provides strategic, marketing and administrative support to its franchise base and breakfast club members via a bespoke IT system. To find out more log on to: http://www.bforb.com/