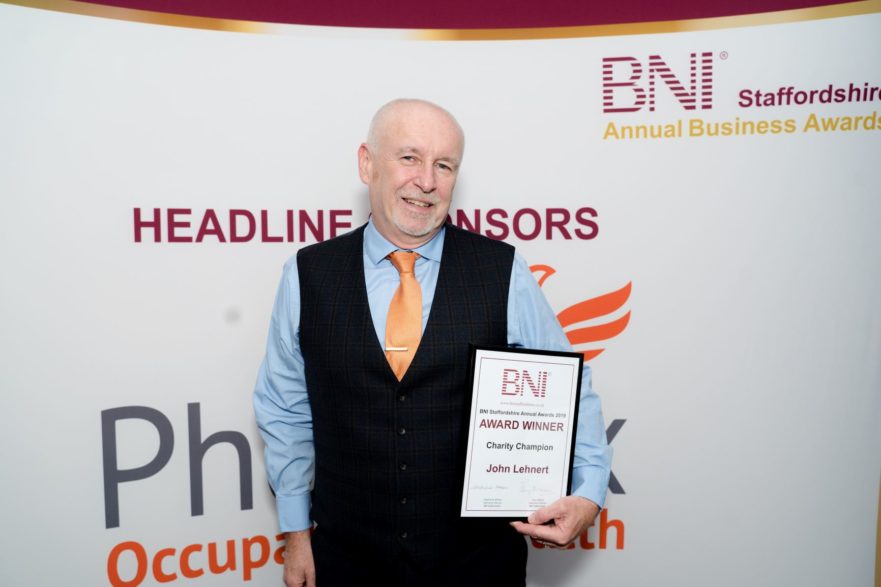 John, who runs a Not Just Travel agency in Stoke-on-Trent, raised more than £2,000 in 2019 for Burslem-based charity Helping Angels during a gruelling five-day hike to the lost city of Teyuna, Colombia.

He will be on the march again this September, but this time, John, who was  crowned Charity Champion at the recent BNI Staffordshire annual awards evening, has challenged fellow business owners and managers in the networking organisation to walk with him on a trek to North Africa’s highest peak, Mount Toubkal, Morrocco.

John will again be raising funds for Helping Angels, a small, local charity supporting children and adults with learning difficulties by providing funds to help them gain the support of a persona; assistant, or help with life skills, such as catching a bus or supermarket shopping.

“Last year’s trek was a revelation,” said John. “It was very tough going, as I am in my mid-50s with little track record of fitness pursuits, but the sense of achievement was huge. The world is getting smaller and, as I have grown older, I have come to release that we must feed our sense of adventure and explore new horizons.

“It also helped me to get a lot fitter than I have been for many years, while raising money for a fantastic cause, so I’m ready to put on the walking boots again in 2020.”

The 2019 trek was organised by Not Just Travel and involved travel agents from across the UK. This time, John is running his own itinerary and is looking to attract support from business friends.

He explained: “I’m part of the Sir Stanley Matthews BNI group that meets each Friday at the Upper House, Barlaston. The members supported me and chipped in with donations last year, but this time I’m hoping some of our members will join me.

“The trek takes place over five-days in September, it consists of hiking, not mountaineering, and anyone with a good level of fitness and mobility should be able to complete it.

The summit of Mount Toubkal is 4,167 metres (13,671 ft) above sea level, that four times the height of Snowdon and around two thirds the height of Mount Kilimanjaro, a well-known charity trek. The trek through the Atlas Mountains is spectacular and is becoming ever more popular as tourists become more ambitious and look for alternatives to traditional holidays.

“I have arranged a seven-day itinerary, including a rest day in Marrakech. For anyone who wants to join me.”

John, of Packmoor, was crowned Charity Champion of the Year at the BNI Staffordshire Awards, being recognised for his fundraising among the 200-plus members.

He wants locally based charities to benefit from the Mount  Toubkai trek and is asking anyone who joins him to either support Helping Angels or pick their own good cause.