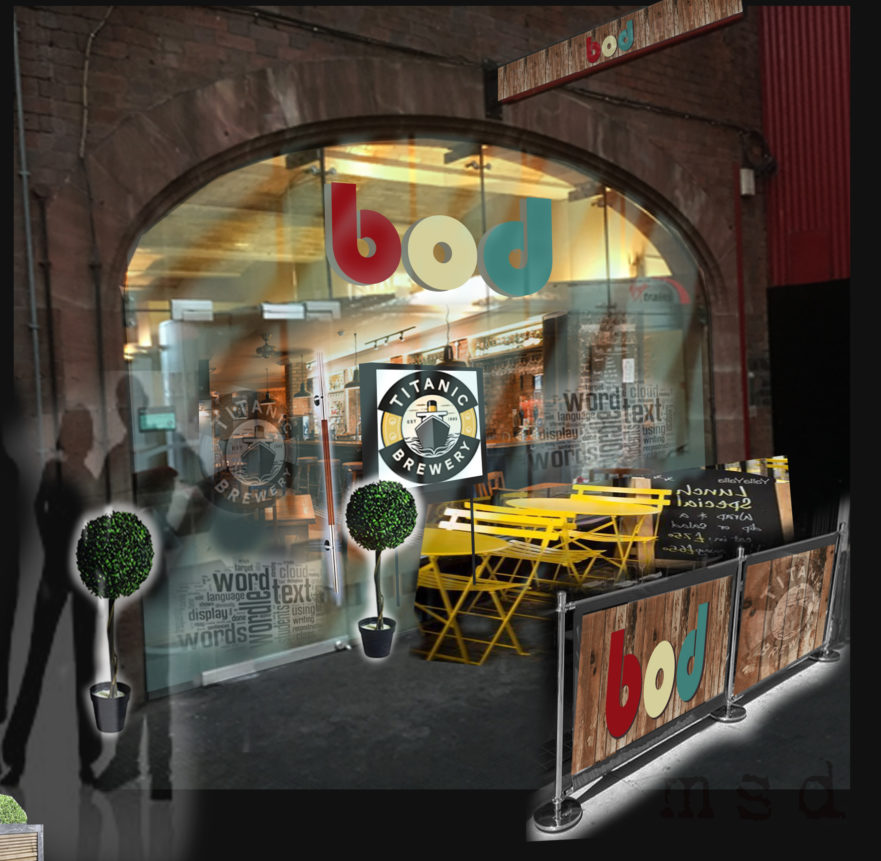 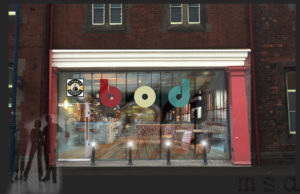 Work has begun on the creation of a new Titanic Brewery café bar at Stoke Station.
bod Stoke is set to open on Monday, October 8, in the former First Class Lounge of the city’s mainline station, with access from both Platform One and the pavement on Winton Square, Stoke.
It will be the second Titanic bod bar, a new concept from the Burslem based brewery, and will be open from early morning until late in the evening.
Dave Bott, joint Managing Director, said the development represented an £80,000 investment at the historic station building. 12 new jobs will be created.
“We have had huge success at our first bod in Weeping Cross, Stafford, and are confident that we can build on that and create a space which will successfully serve both train passengers and the general public at Stoke Station.”
Titanic Brewery has released conceptual drawings of the new development ahead of the opening. 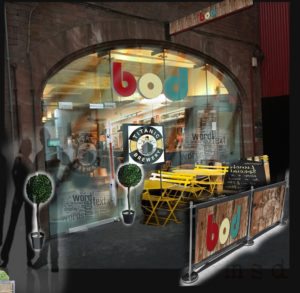 View from platform one

“As a brewery, we are well known for our award-winning community pubs, but we see the bod concept as meeting a new need in the market,” added Dave. “bod opens early and is a comfortable space for coffee and a light breakfast or lunch before evolving into a craft beer café bar for visitors from lunchtime onwards.
“We are excited to acquire the prime site at Stoke Station following the decision of Virgin Trains to partner with a local company to bring extra facilities for passengers. bod, at Stoke Station, will be fitted out to a high specification with plenty of comfy seating and space for business meetings. We have designed bod Stoke to appeal to both the local community and rail passengers, giving visitors to our home city a good and lasting first impression of Stoke-on-Trent.”
Mark Taylor, Station Manager for Virgin Trains at Stoke-on-Trent, said: “We are incredibly excited to be working with Titanic Brewery who deserve great credit for their energy and passion. We have no doubt bod will be a great success and we look forward to playing our part in making this happen.
“It is part of our strategy to challenge the traditional views about station management and deliver a vision whereby they become more integral to the communities they serve. Our overarching aim in this instance is to improve the experience of all customers using the station, whilst at the same time partnering with a local business to bring new life to the station and the surrounding area. It will also create 12 new jobs and provide a boost for the local economy.”
Titanic Brewery is also looking to create a third bod at nearby Trentham. The brewery has acquired the former NatWest Bank, Longton Road, and has submitted a planning application to Stoke-on-Trent City Council.
Titanic Brewery is owned by Stafford born brothers, Keith and Dave Bott. The brewery was founded in 1985 and has grown to produce over 3.5 million pints of beer a year. It now employs around 150 people at the brewery and across the pubs and bod bars.
Titanic Brewery produces a range of multi-award winning beers, including Iceberg and Plum Porter, which are sold at pubs across the UK and available in bottles from many off licenses, supermarkets and online retailers.
ENDS
For media enquiries contact Nigel Howle – 0776 2043436 , email nigel.howle@howlecom.co.uk
The Titanic fleet –
The Bulls Head, Burslem
The Greyhound, Newcastle-under-Lyme
The Royal Exchange, Stone
The Sun, Stafford
The Roebuck, Leek
The Cheshire Cheese, Buxton
bod, Weeping Cross, Stafford.