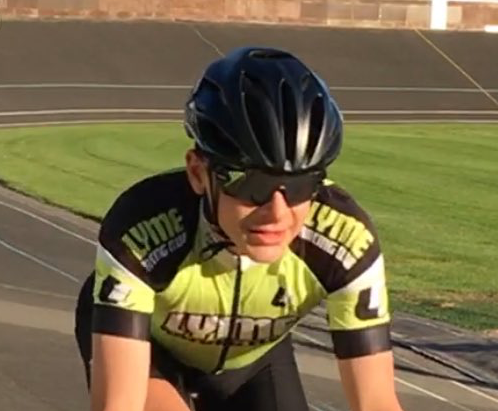 Cycling clubs are being urged to take on a virtual Tour de France challenge this September to help support impoverished and vulnerable families.

UK cycling youth star Josh Marsden is helping to front the fundraising campaign by the Alice Charity based in Newcastle-under-Lyme, the home town of the Lyme Racing Club where Josh is a member.

He’s hoping cyclists from occasional riders, through club racers to professionals will join him in riding either part or all of the Tour de France route using the Strava fitness platform.

Alice Charity works within the communities of Stoke-On-Trent and Newcastle-Under-Lyme supporting disadvantaged, vulnerable families. Inequalities have grown further due to COVID-19 and lockdown.

The Tour de Alice was devised after all face to face Alice Charity events were cancelled this summer, while demand for support is rising due to Covid-19 pressures on jobs.

Riders can take part out on the roads or on an exercise bike by downloading Strava from here https://tourdealice.alicecharity.com.

Josh is the son of Olympian and Alice Charity ambassador Ian Marsden who won a bronze medal in paracanoeing in 2016. Ian began his sporting career as a record-breaking junior world champion powerlifter. Then, after suffering a serious spinal injury, he embarked on an illustrious handcycling career before moving into paracanoeing. 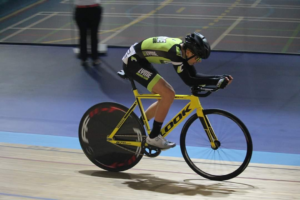 Said Josh: “I am hoping to get as many Lyme Racing Club members to join me on the Tour de Alice and I would love to see members of other cycling clubs join in too.

“It is a good way of challenging yourself and for club members to compete against each other, comparing times and distance covered.”

Sixteen-year-old Josh rides with the Innovation Trek racing team which aspires to take promising junior and youth cyclists to a professional level. He competes in national events and makes regular visits to the Manchester velodrome to train with UK cycling elite coaches through the British Cycling Talent Pathway.

He said: “My goals are to win a place on a professional racing team and then my major ambition is to compete for Great Britain in the Olympics.

“I am pleased to be able to support Alice Charity. Challenging yourself and testing yourself against others on the Tour de Alice is a great way for club cyclists at the Lyme Racing Club and elsewhere to up their training and I’d urge as many UK cycling club members who can to take part.”

Steph Talbot, Chief Executive of Alice Charity, said: “We’re delighted Josh has agreed to be one of the faces of the Tour de Alice. This event is crucial to our work supporting families, it is easy to get involved and we’d love to see participation from across the UK.

“It doesn’t matter if you want to do a few miles or the whole Tour route, we welcome everyone and all standards of cyclists.”