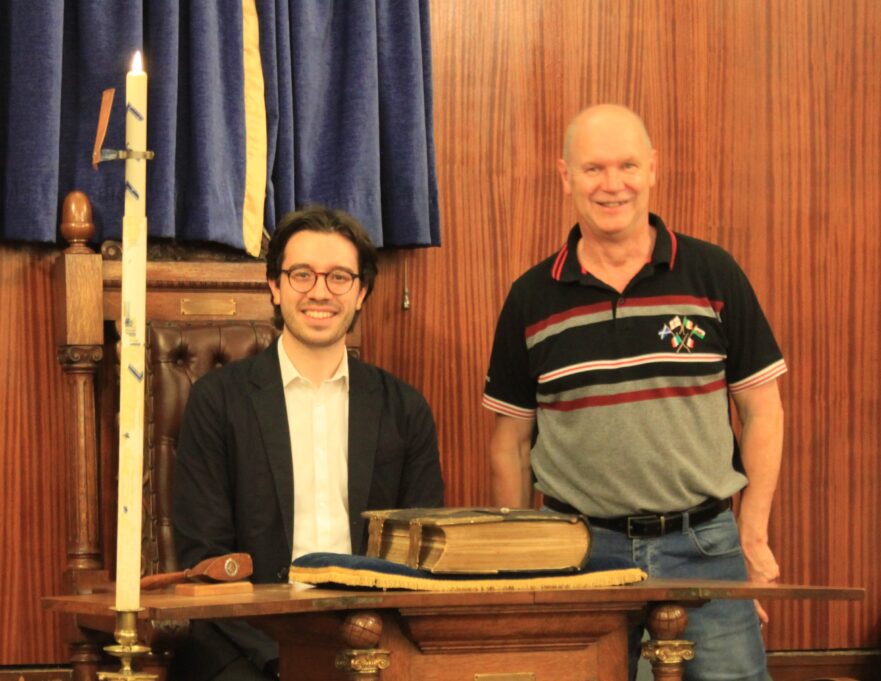 campaign to build a dementia friendly garden in Leek has received a major boost. But with just days left of a Crowdfunder campaign by Approach Dementia Support, further donations are needed to turn plans for a site at St Edward’s CofE Academy School, Leek, into reality.

Members of the St Edward’s Lodge have handed Approach Dementia Support a cheque for £2,000 towards innovative plans to create the garden.

Selwyn Burton, from St. Edwards lodge, said: “The project, which needs to raise £12,000, will make a huge difference to the quality of life of those living with dementia and their loved ones.  It is a pleasure to be able to support such a worthwhile cause that will help the well-being of local people.”

The money will boost the Crowdfunder campaign which was launched in June by Approach. The plan involves Approach setting up and running an inter-generational dementia support gardening project with the school.

It’s planned to transform grassland at the Westwood Road middle school by developing raised garden beds and a polytunnel to grow fruit and vegetables.

Fruit and vegetables harvested as part of the project would be offered to local foodbanks.

Paul Webster of Approach Dementia Support, said: “It was fantastic to meet members of the St Edward’s Lodge. Their generous donation will support people with dementia in Leek and the surrounding area.

“The gardening plan is designed to give users a real boost. The physical and mental benefits from developing the garden will be very significant for our service users – exercise and physical activity can help maintain a positive mood and lower the risk of developing depression.

“We also want to work with the St Edward’s school children and hope to foster relationships between older and younger people. Conversations can spark memories and help people with dementia with mental stimulation.”

The Crowdfunder is vital to funding the scheme. Approach is appealing for support from the community by following the link to their appeal page here –  https://crowdfunder.co.uk/p/flourishing-in-leek-dementia-support-garden.

The garden plan involves the creation of raised beds, accessible for residents to use. Sleepers will be used to create the beds and Approach also need to fund a shed to store equipment and hope to add a pergola and seating for the gardeners.

Approach would also like to hear from anyone, including local companies, who can donate gardening equipment, plants or other useful items.