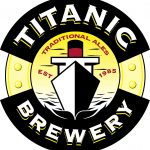 1912 saw Suffragettes protesting on the streets of London, a national miners strike and the sinking of RMS Titanic.

The price of beer in the Potteries was around 3d a pint in old money.

And to commemorate the 100th anniversary of the Titanic’s loss, Burslem’s Bulls Head pub will be serving beer at 1912 prices on Sunday 15 April.

Visitors to the pub in St John’s Square will pay £1.30 – the price of a 1912 pint in today’s money – for a pint of Titanic Iceberg, or just 3d if they actually come into the pubs with the right coins.

The offer is part of a series of events by Stoke-on-Trent’s Titanic Brewery to commemorate the centenary of the Titanic disaster.

The brewery is named as an affectionate tribute to Captain Edward Smith, Master of the Titanic and Commodore of the White Star line, who was born in the Potteries.

Events will be held in Titanic’s six Staffordshire pubs this April.

Bulls Head, Burslem: The decks will be cleared of other real ales for a full house of Titanic Brewery beers between 12 – 15 April.

The Royal Exchange, Stone: And the Band Played On – Music festival from 12-15 April.

The Sun Inn, Stafford: 12 – 15 April, the anniversary beer festival with live music, barbeques on Friday and Saturday – 10 pence from each pint sold will go to the RNLI.

The Roebuck, Leek: The Roebuck will feature an outdoor screening of the Titanic film “A Night to Remember” on Saturday, 14 April. Customers will be encouraged to bring deckchairs and life jackets and to dress for a night on RMS Titanic. There will also be live music on 15 April.

Along with the brewery’s fleet of award winning beer, customers will be able to enjoy two special Titanic Commemoration ales. These are Centenary, a refreshing golden ale brewed with a mixture of the best British and American hops, and 1912, a pale Premium Bitter crammed full of hoppy bitterness.

“Our company was named in honour of Captain Edward Smith, a remarkable man who rose from humble beginnings in Well Street, Hanley, Stoke-on-Trent, to become Commodore of the mighty White Star Line.

“This is a time of commemoration, not celebration, and alongside the events in our six pubs we have commissioned a special plaque to be erected in Well Street, Hanley, on 15 April.”