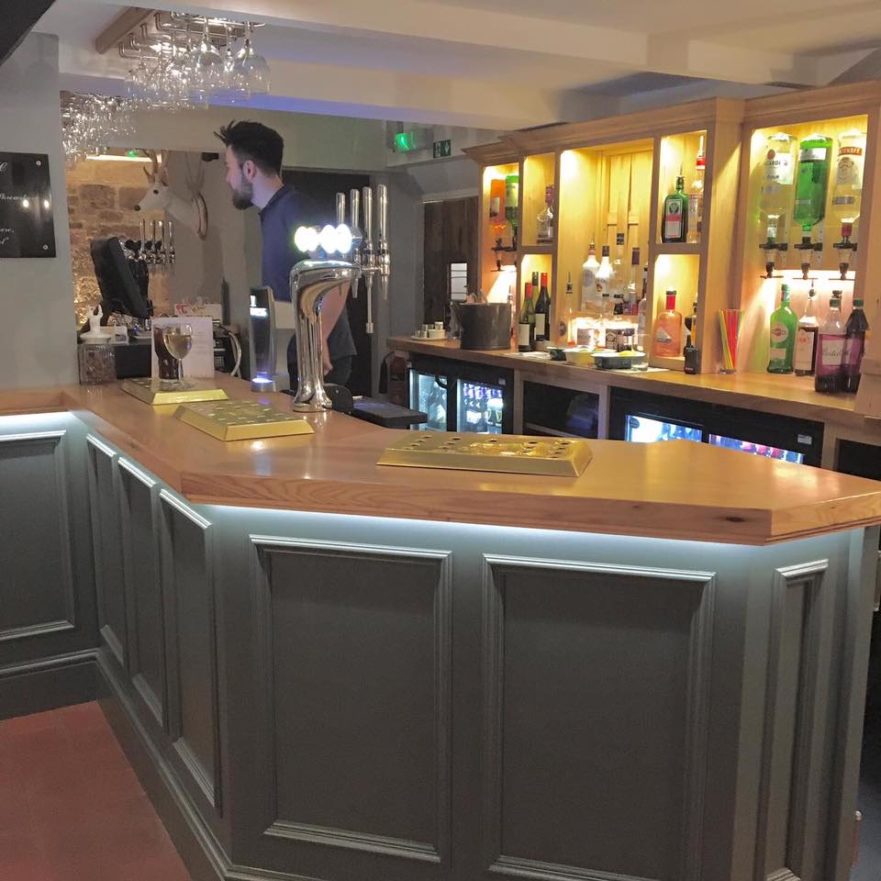 An historic community run pub is going back to the future with a refurbishment in time for Christmas and New Year’s Eve celebrations.

The bar at the 19th century White Hart, Alton, has been reinstated into its original position at the centre of  the pub as part of an improvement project by the White Hart community trust. 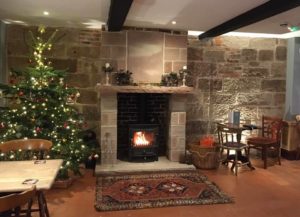 Moving the bar also opened up a fireplace and this has been transformed into an attractive stone fire place housing a wood burning stove. Work was also carried-out to paint the bar areas and improve the building’s electrics.

The High Street, Alton, pub was brought by villagers after being put up for sale by Marston’s Inns in 2014.

There are 70 shareholders in the White Hart Community Interest Company which owns  the pub and neighbouring allotments.

Trust chairman Tom Wilkinson said that the reconfigured bar was the latest in a series of improvements.

He said: “We have been steadily making improvements as finance allows but this is our most ambitious project so far.

“When we studied old drawings, the bar was always along the centre of the pub. We decided that we would restore it to its rightful place as it makes sense both in terms of creating space and further improving facilities for our customers.”

Tom said the refurbishment had provided work for local tradesmen. Joiner Phil Harding, of Churnet Valley Joinery, and stonemason Mark Trumble, who both worked on the revamp are Alton residents, while electrician Liam Saunders, of LSAB Electrical, is from nearby Cheadle.

The White Hart Community Interest Committee came together because of concerns that the pub could be closed permanently. Shares were sold to raise the £270,000 asking price for the pub, 20 allotments and outbuildings.

“The White Hart is the oldest pub in Alton and has always been at the heart of the community,” said Tom. “It is next to the church, houses the village allotments,  and is also a focal point for everything from a pool team to a book club.

“It was important to save it and we persuaded Staffordshire Moorlands District Council to protect it by listing the White Hart as an Asset of Community Value.

“At the time, there was another potential buyer with a plan to close the pub and change its use, so we faced a clear threat of permanent closure.

“We were able to raise the funds to buy the White Hart and it has since gone from strength to strength and has returned to its status as a busy community pub. There’s also three B&B rooms that provide regular revenue and we have a fabulous Thai chef who runs a restaurant on the premises on Thursday, Friday and Saturday evenings.

For media enquiries please contact Nigel  Howle by email, nigel.howle@howlecom.co.uk, or by telephone, 0776 2043436.