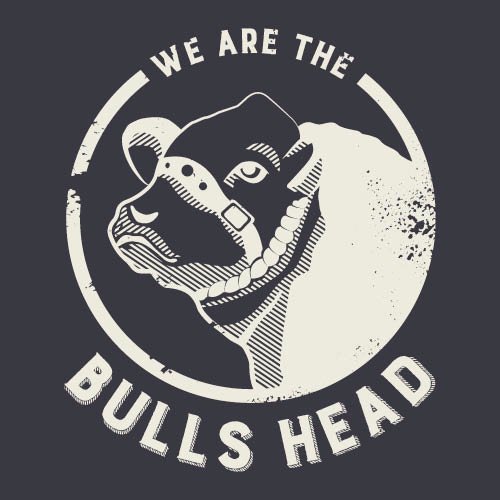 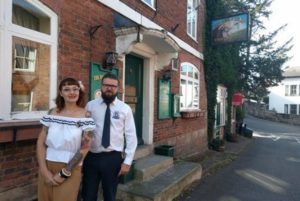 Gemma and James Miller, at the Bulls Head.

A Bank Holiday weekend beer festival will bring live music and a wide range of craft beer and real ales to Alton.
James Miller, landlord of the Bulls Head, is planning a festival weekend at the historic High Street pub.
There will be live music throughout the weekend, from bands, including Nixon Tate and the Honey Club, from Stoke-on-Trent, and Leek-based Mike and Luke.
The Bulls Head reopened in June following an extensive refurbishment masterminded by James and Gemma Miller.
The Miller family bought the pub in 2016 and James, who has lived in Alton for much of his life, has transformed the pub’s offer by compiling a range of more than 30 beers and a similar sized menu of gins.
James said: “We are striving to provide Alton with a unique offering. Customers can regularly sample new beers and listen to live music. Our Summer Bank Holiday Beer Festival brings all that together on a grand scale, there will be plenty of live performances, lots of different beers, including a range of locally brewed ale, and we’ll be having an outside bar at the rear of the pub.”
Running the Bulls Head is a labour of love for James. He added: “I have been coming in here since my late teens and I couldn’t bear to see it left derelict. We made a significant investment, not only buying the pub but sensitively restoring the inside and extending the bar into the former Co-Op shop next door, but local people have responded and the launch period has gone incredibly well.”
The beer festival runs from 4pm on Friday, 25 August, through to Bank Holiday Monday.
ENDS
For media enquiries contact Nigel Howle on 0776 2043436. Email nigel.howle@howlecom.co.uk