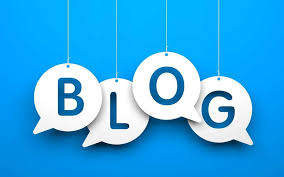 I grew up in newsrooms and I’m shaken by the news that Reach are going to close offices across the UK.

Maybe the name doesn’t ring a bell? But, this is a company that has, err, reach.

Whether you are in Staffordshire, Derbyshire, Lancashire, Humberside or Somerset, to name just a few counties, much of your news is likely to come from Reach.

Titles they own include the Manchester Evening News, the Liverpool Echo, the Derby Telegraph, the Birmingham Mail and, local to me, the Sentinel.

But why do newsrooms matter and shouldn’t reporters just work from home?

My career in journalism started in a small newspaper office in Water Lane, Wilmslow.

It is, of course, long gone.

But, in the early 80s there was an Editor and Deputy Editor, three reporters, a photographer, and most importantly, a receptionist.

As a 19-year-old junior reporter, you soon realised that the receptionist was the hub of it all.

We’d get a regular stream of people through the door and it was up to the receptionist to try to filter out those who generally had something to say from the cranks.

Numerous stories came through that front door from the mundane to amazing.

People wanted to tell their local news teams about things that excited or worried them and we were able to listen.

From politicians to someone dropping off the dominoes results, all life was here.

We even got visits from William Roache, aka Ken Barlow, who somewhat oddly was agent for controversial Tatton MP, Neil Hamilton.

The important point here is that we were there, in a town centre. People could come in while doing their shopping.

I went on to work in several newsrooms, many long gone. As they closed, I began to fall out of love with newspapers, not news, I love news, but the bosses who were relocating to faceless offices on out of town business parks.

What does it matter? Consider the effect on local life, from people with scoops about council corruption, to the woman delivering the WI report.

It’s now much harder to get involved.

A few years back, I saw a notice in a weekly newspaper which read “if you want to talk face to face with a reporter, we will have one sitting in reception at the town council office, on the second and fourth Mondays every month.

This was another town where they’d lost their local newsroom, replaced by an office shared with others 15 miles from the town’s High Street.

It’s a bad day, not just for people with inky fingers like me, but for civic life across the country.