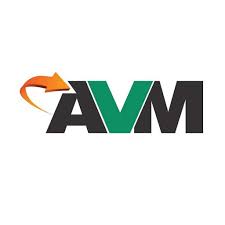 Diesel vehicles have hit the headlines once more with Nissan’s decision to build its new X-Trail in Japan rather than the UK.

The news comes with a suggestion that diesels are environmentally unfriendly and are on the way out; in reality, nothing could be further from the truth.

At Adept Vehicle Management we have embraced the electric car revolution and are certain that it will be a growing part of our future business. However, the death of diesel has been grossly over-exaggerated and attempts to paint diesel cars and vans as dirty climate polluters are far from the truth.

As the RAC state: “The steady decline in sales of diesel vehicles in the UK may have attributed to the average carbon dioxide emissions from new cars actually rising by 0.8% in 2017.”

In its advice on fuel options, the Department for Transport (DfT) states that diesel vehicles have significantly lower CO2 emissions per kilometre travelled due to their higher efficiency. The DfT advice goes on to suggest that diesel engines have a lower, though still significant, impact on climate change.

This is backed by a report by scientists. Dr Patrick Hayes, of the University of Montreal, said: “Diesel has a bad reputation because you can see the pollution but it’s actually the invisible pollution that comes from petrol in cars that is worse. The next step should be to focus on petrol or removing old diesel vehicles from the road.”

The facts are that, while obviously not as clean as electric vehicles, the diesel is preferable to a petrol car from a CO2 point of view.

Diesels do tend to emit higher levels of NOx (nitrogen oxides). This means that for people using their cars for short urban trips, a petrol engine will be more environmentally friendly.

But, if you use your vehicle for long distance journeys on motorways or on high-speed dual carriageways, or if you require a vehicle for carrying heavy loads, a diesel vehicle will likely be your best option. Diesels emit less CO2 and are more fuel efficient, which makes them especially popular amongst fleets.

Current Euro 6 diesel car emit up to 20% less CO2 than petrol cars and CO2 is one of the leading causes of air pollution. Diesel will typically get you 20% further than a petrol car. That extra range is the main reason why it’s worth investing in a diesel, if you regularly make longer journeys.

Carl Cumbo, of Adept VM, said: “The death of the diesel has been greatly exaggerated. The newest diesels are a lot cleaner than older model and, have cost advantages for drivers who drive a lot of miles because of their lower fuel consumption.

“The Government aim to phase out cars with internal combustion engines by 2040 and that means that new diesel vehicles will be relevant in the market for years to come.”