A business group is rapidly expanding as small and medium sized companies in Staffordshire recognise networking as a way to grow their businesses.

When Business for Breakfast was launched in Staffordshire it had just two groups in Stoke-on-Trent. Further groups at Stafford and Penkridge were established by June, 2010.

Now a third Stoke-on-Trent group has just been launched with a further launch to come at Leek in February.

There are also plans to launch a women only lunch time group at the Moat House, Stoke-on-Trent.

B for B Staffordshire is run by well known Stafford businessman Stuart Walton.

He said:  “B for B has quickly established itself as a great place for Staffordshire companies to do business.

“Business people know that the way to get full order books is to get out of the office to meet like minded people.

“That is why we have felt confident enough to launch further groups in Leek and Stoke-on-Trent in early 2010.”

Stuart, President of the Stafford Chamber of Commerce and Industry, added: “Networking over breakfast is a tried and trusted formula.  But it doesn’t work for everyone, particularly women with children, and it was suggested to me that we should have a women’s lunchtime group.

“This will be at the Moat House, Festival Park, which also hosts our three mainstream Stoke-on-Trent groups.

“The Leek group will be held at the Retreat Health and Beauty Spa, in Mill Street, with meetings taking place fortnightly from Friday, 24 March.

“Our members are business owners and senior executives and we cater for all sizes of business from one man bands to large companies,” added Stuart.

“Members meet fortnightly and the emphasis is on building up contacts and discussing ways of working in partnership.

“Business for Breakfast is not a vehicle for direct selling, sales come naturally as members get to know each other and refer them to other trusted contacts.” 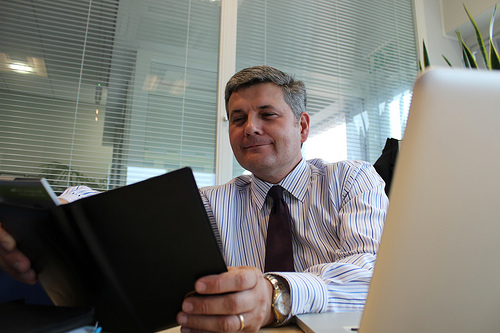 In 2006 John developed the franchise model that can be seen today. The company has grown rapidly and now has over 30 franchisees.  With its head office in Manchester the company provides strategic, marketing and administrative support to its franchise base and breakfast club members via a bespoke IT system. To find out more log on to: http://www.bforb.com/

Stuart Walton operates the Staffordshire Business for Breakfast franchise. Meetings are held fortnightly at venues across North and Mid Staffordshire.