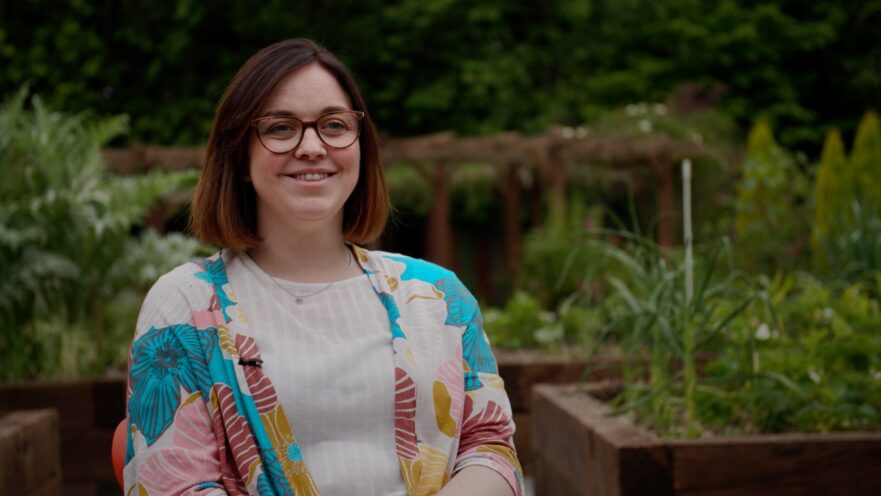 Schoolchildren are set to work alongside residents affected by dementia in a ground-breaking project based in Leek.

Now a fundraising drive has begun to transform grassland at the Westwood Road middle school. The plan involves developing raised garden beds and a polytunnel to grow fruit and vegetables.

It’s hoped the project will not only help pupils and people living with dementia as fruit and vegetables grown in the garden will be offered to local foodbanks.

Louise Eagle, of Approach Dementia Support, said: “We’re excited to develop the dementia support gardening project as there’s much to gain for all involved.

“Approach is a specialist dementia charity working to support people across North Staffordshire.  The physical and mental benefits from developing the garden will be very significant for our service users – exercise and physical activity can give people a real boost,  help maintain a positive mood and lower the risk of developing depression.

“Working with the children will also prevent loneliness and give garden users a sense of purpose. Conversations can spark memories and help people with dementia with mental stimulation.

“There’s also a brilliant opportunity for the pupils to help people in their community and, speaking to school staff, it’s very clear they encourage children to contribute to well-being in the local area.”

Funding is crucial to make the school site ready for the gardeners and Approach has launched it’s first ever Crowdfunder appeal.

Money is needed to transform grassland into a garden and to build raised beds, accessible for residents to use. Sleepers will be used to create the beds and Approach also need to fund a shed to store equipment and hope to add a pergola and seating for the gardeners.

Approach are appealing for support from the community – you can see their appeal page here –  https://crowdfunder.co.uk/p/flourishing-in-leek-dementia-support-garden

They’d also like to hear from anyone, including local companies, who can donate gardening equipment, plants or other useful items.

The appeal page will also feature rewards for differing levels of donations.

A campaign video has been created to support the Crowdfunder, it can be seen here – https://youtu.be/NoAXPsNUaxQ – or by following the link to the campaign page (above). It features people who have benefited from Approach’s dementia support work and St Edward’s pupils Cady, Josh and Phil Reynolds, the school’s interim vice principal. He said: “When we were approached about the project we said yes, absolutely!

“We want to develop our pupils’ understanding of the wider world. Being able to work together with older residents will give our pupils so much benefit and will help to build positive, inter-generational relationships.”

Approach are based in Stoke-on-Trent, with offices in the Douglas Macmillan Hospice building. They offer one to one and group dementia support, with a Burslem group, a partnership with Stoke City FC and a singing group.

It’s currently planned to open the St Edward’s school garden once a week, but the project could be expanded in future as demand grows.