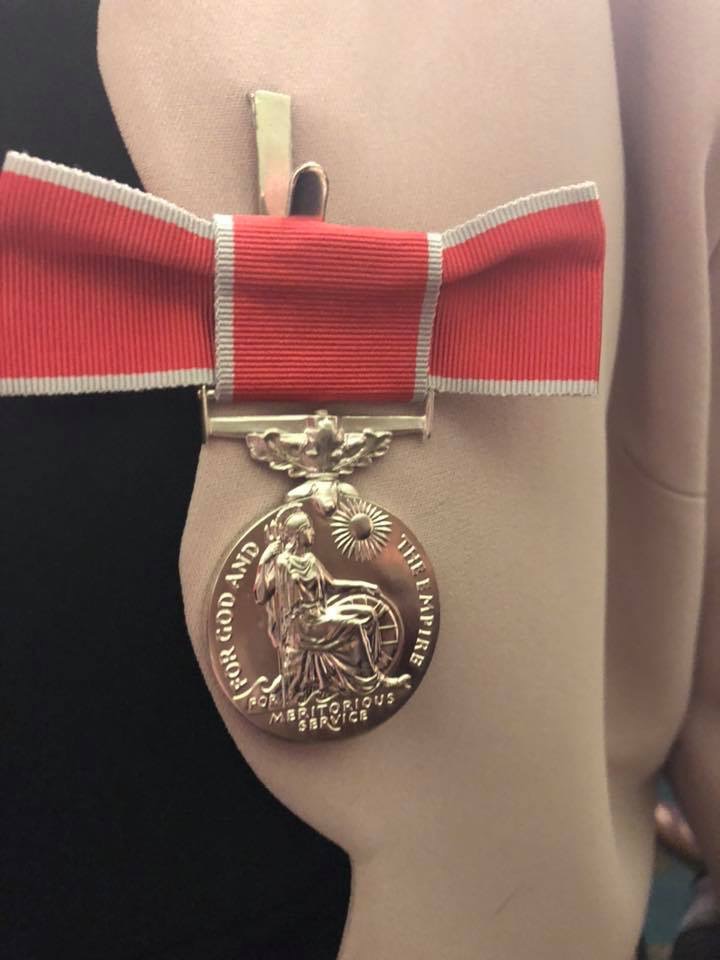 Ada, who has raised more than £1m for the cancer charity, was guest of honour at a special ceremony hosted by the Lord Lieutenant of Staffordshire Ian Dudson, at County Buildings, Stafford.

Many cancer survivors have reasons to be thankful for the incredible efforts of Clayton grandmother Ada. She organises an annual fundraising ball in North Staffordshire, hosts Motown Nights and has even ridden the world’s longest zip-wire in 27 years supporting Cancer Research UK.

Her inspirational efforts were recognised by the Queen when she was awarded a British Empire Medal in Her Majesty’s 2017 Birthday Honours.

Ada took on the challenge as Cancer Research UK’s North Staffordshire fundraiser in 1992 alongside her husband Peter and has won the support of the area’s business community. 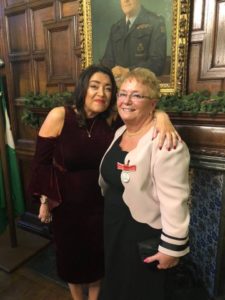 Her tireless efforts include regularly getting up before dawn to raise awareness about her chosen charity at business networking meetings.

Peter and Ada even have a  room named after them at the Cancer Research UK headquarters and even Peter’s death, from a rare cancer in 2016, hasn’t stopped Ada as her 2018 annual ball raised almost £50,000.

“It was a major honour to meet the Lord Lieutenant and to be presented with my BEM surrounded by my family,” said Ada. “I will keep on fighting as cancer continues to affect one in two people and we need to find a solution.

“I am hosting a Motown evening at the Moat House, Festival Park, this Spring and my Pink Tie Ball at the same venue this autumn has already sold out. This award is for Peter, my family and also for all the local people who support me.

“I get tremendous backing from the local business community and the kindness of people keeps me motivated.”