A limited edition figurine depicting Snow White in a Christmas cloak has been launched following the success of an exclusive deal between the English Ladies fine china company and the Disney Corporation. 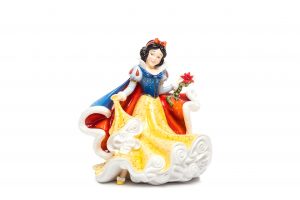 More than a 1,000 of the Cinderella, Aurora and Belle figurines have been sold so far in stores, online and at Disney theme parks around the world.

The addition of a Christmas-themed Snow White to the range is already proving popular and the company is designing more Disney themed releases for 2017.

Marketing Director Malini Pashley said: “We have launched the Snow White figurine at Disney Stores in the UK, Arribas Brothers at Disney World, Orlando and at retailers who stock our Disney Princess range.

“It is the first in an annual series of Christmas limited editions. Snow White is modelled wearing a Christmas cloak and features a Christmas Poinsettia. As with our other Disney Princesses, we have produced a themed, fine bone china cup and saucer to compliment the figurine.

“There will be a global limited edition of 3,000 Snow White Christmas figurines made available.” 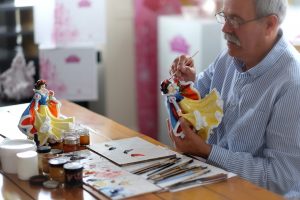 The fine bone china Disney figurines are created by a team of master craftspeople. Modeller Valerie Annand and master painter Dan Smith are iconic names with collectors and have created figures for famous names such as Royal Worcester and Royal Doulton.

English Ladies Co. is part of Camal Enterprises Ltd based in the heart of the Potteries at King Street, Fenton, Stoke-on-Trent.

“The launch of the Disney Princesses range has been a huge success for the English Ladies Co. It has proved to be incredibly popular with collectors and has raised our profile in the UK and overseas. 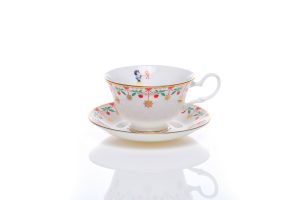 “We were able to launch in the Disney Bibiddi Bobbidi Boutique, in Harrods, and have since showcased the products at Disney World Orlando, where shoppers were able to see painting demonstrations.”

The intricately designed princesses retail for just under £200 and are the highest quality figurines available, said Wayne Nutbeen, Chief Executive of Camal Enterprises.

“We are passionate about the heritage of the Potteries and committed to reviving traditional design skills,” Wayne commented.

For media enquiries contact Nigel Howle by phone on 0776 2043436 or email nigel.howle@howlecom.co.uk

Founded five years ago, the English Ladies Co. produces the finest china figurines. Owned by Camal Enterprises and designed in the heart of the Potteries in Stoke-on-Trent, by a team of renowned craftsmen, every figurine is made from the finest quality bone china, capturing the quality and movement that has become synonymous with the English Ladies brand.