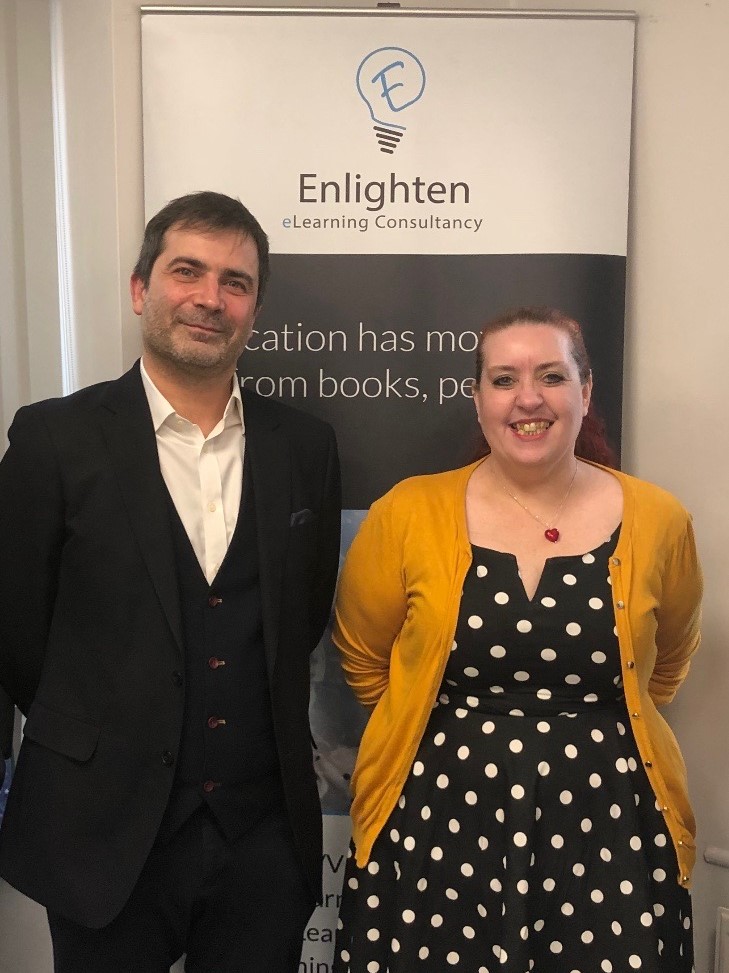 A major delegation of South Korean political leaders is to visit the Midlands in early March following an extraordinary link up with a small Staffordshire tech company.

Enlighten, from Tamworth, are at the forefront of developing “tech for good” in the education and health sectors.

Enlighten will host seven senior government officials over four days in early March. The high-ranking delegation will meet business, education and local government leaders in Tamworth, Stoke-on-Trent and Birmingham. The group includes department heads for the investment department of the Gyeonggi Provincial Government and senior officials from Pyeongtaek City. Gyeonggi is the most densely populated region in South Korea and major centre for technologically advanced industries, while the city of Pyeongtaek has a population of over 400,000 people.

Enlighten has developed a range of material which is being used by UK mental health charities, colleges and universities and the armed forces. The South Korean link would see Enlighten work with that country’s first suicide prevention centre and wider health bodies.

It would mean extraordinary growth for the small Enlighten team. The South Korean proposal involves access to millions of pounds of European funding and has a clause which will see Enlighten open a second office in South Korea.

“We have introduced AR solutions into local colleges, worked with armed forces and are part of the West Midlands Smart City Alliance, but this deal is beyond anything we imagined,” said Steve Wileman, Enlighten’s Head of Technology and Development.

“The seeds were sown when we successfully applied to take part in a trade mission to South Korea last year. Rather than selling to companies, we talked to officials and listened to their issues. We were told that South Korea was in the grip of a mental health crisis and were looking at innovative ways to tackle it. South Korea is technologically advanced with extensive 5G networks and high smart phone usage and this means the augmented reality phone based mental health resources developed by Enlighten are ideally suited for the country’s needs.

The visit starts with a day in Enlighten’s home town of Tamworth on Monday, 4 March.

Delegates will meet at Enlighten’s office at Tamworth Enterprise Centre, Philip Dix House, before moving to the Tamworth Town Hall for talks and demonstrations on mental health applications and from the Enterprise Europe Network and the Smart City Alliance (West Midlands).

At 4pm, the party will move on to Tamworth Castle for a VIP tour and this will be followed by a tour of the local microbrewery, Tamworth Brewing Company, and a drinks reception (29 Market St, Tamworth, B79 7LR).

They will move on to Staffordshire University for lunch where there will be a tour of technology based educational facilities and meetings with key personnel who helped to roll out and support AR mental health strategies and Enlighten resources.

Wednesday,6 March, will focus on Birmingham, with visits to both Aston and Birmingham universities. Discussions and demonstrations will include a focus on the Smart City Alliance.

The final morning of the visit will be back at Enlighten’s Tamworth office, with a focus on consortium building and the next steps, prior to an anticipated further visit in October.

Suzanne Edwards, Enlighten’s Head of Education, said: “We are so proud to be able to welcome the South Korean delegation to our home town of Tamworth and to the wider area. While this is an incredible opportunity for Enlighten, we want it also to be a showcase for our partners in business and education as there’s so many opportunities available for other organisations to partner with South Korea.”

“Staffordshire Chambers has worked with Enlighten since Suzanne and Steve started their business and it is fantastic to see their development and ever growing reputation as experts in augmented reality technology in the UK and now around the globe.

“Following our support to help Steve attend a trade visit to South Korea last year, we are now looking forward to joining Enlighten as we host an event for the South Korean delegation, which offers a golden opportunity to market not only Enlighten but the capability of our Chamber member companies to work in one of the world’s busiest commercial markets.”

The campaigns involved the creation of a variety of mental health themed posters. Once zapped using a phone with the free downloadable app, the posters are triggered to show a video that gives mental health support and guidance.

Suzanne added: “Mental ill-health, including stress, depression and anxiety, is thought to be responsible for 91 million lost working days each year in the UK, more than for any other illness, costing workplaces £24 billion each year. By raising awareness and reducing the stigma associated with mental illness Enlighten want people to become more open about their feelings and help friends, colleagues and family members identify mental health issues in people close to them.

“South Korea faces an acute mental health crisis. We were told that much of this can be traced back to major economic changes with the economy moving rapidly from old fashioned industry and farming to the development of hi-tech industry in huge cities. South Korean health officials fear that a culture shock and the migration of many people from small rural communities to large, new urban cities can spark anxiety and mental health issues.”

To find out more about Enlighten, please go online to www.enlighten-ac.uk.

The media is welcome to attend events, contact Nigel Howle to arrange.

Specific photocalls have been arranged: