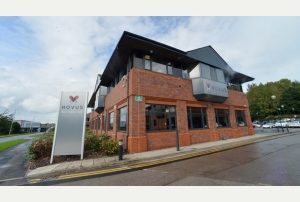 Graphix won a major contract to brand the Festival Park offices – transforming the building which had previously held bet365 staff.

Working closely with the marketing team at Novus, the Norton company drew on the history of Stoke-on-Trent and iconic figures such as Sir Stanley Matthews and Reginald Mitchell to create distinctive wall art.

Graphix also produced new signage for Novus including an imposing, bespoke manufacture, LED lit,  four-metre monolith for the front entrance of the building.

Stephen Ward, Managing Director of Graphix, said: “Novus wanted to make a statement with their new headquarters and to  produce a modern, user friendly office space.

“We worked with Novus on their branding when the company was formed in 2013 and, we continuously work with them in partnership, on major projects including Holiday Inn and Premier Inn refurbishments across the UK.

“We were proud to be given the chance to make a real, visual impact on the new Festival Park head office.

Graphix has worked with Novus to create distinctive interiors for the offices six meeting rooms. Each one is themed around one of the six towns of Stoke-on-Trent and the history of each town.

“We created an internal time line for the company in the form of a curved wall graphic wrap, also a ‘directional road sign’ to signpost visitors to each room and each room has large black and white images telling the story of the Potteries and Seddon Property Services, the company which was transformed into Novus Property solutions in 2013,” saud Stephen,.

“Novus were able to source an iconic photograph of Sir Stanley Matthews from Getty Images and we have used further images including a Spitfire and a fabulous photograph of a Seddon horse and cart.”

Stephen added: “The reaction and feedback from Novus Property Solutions has been excellent – I’m really proud of our team…as always”

Jessica Hand, Novus Marketing, commented: “It was a pleasure working again with the Graphix team to create a distinctive look for our new head office which reflects our history as a company in Stoke-on-Trent. They were extremely knowledgeable and helpful, providing us with a sample section of some of the old photos blown up to the scale we wanted so that we could see how they would look.

“They were flexible about working around the extensive interior refurbishment we were completing at the same time and were considerate to our very tight deadlines, which made everything much easier for us.“

A move from Fenton to Festival Park has allowed Novus to bring all 80 headquarters’ staff under one roof for the first time.

Founded over 23 years ago, Graphix is headed by brothers Stephen and Simon Ward. The all-purpose agency has an ever-increasing customer list from sole traders to high profile brands including Stoke City FC, Premier Inns, Novus and Help for Heroes.

Graphix recently invested more than £150,000 in a state of the art digital press as it continues its plans for growth.

Further information on Graphix can be found at www.graphix.me