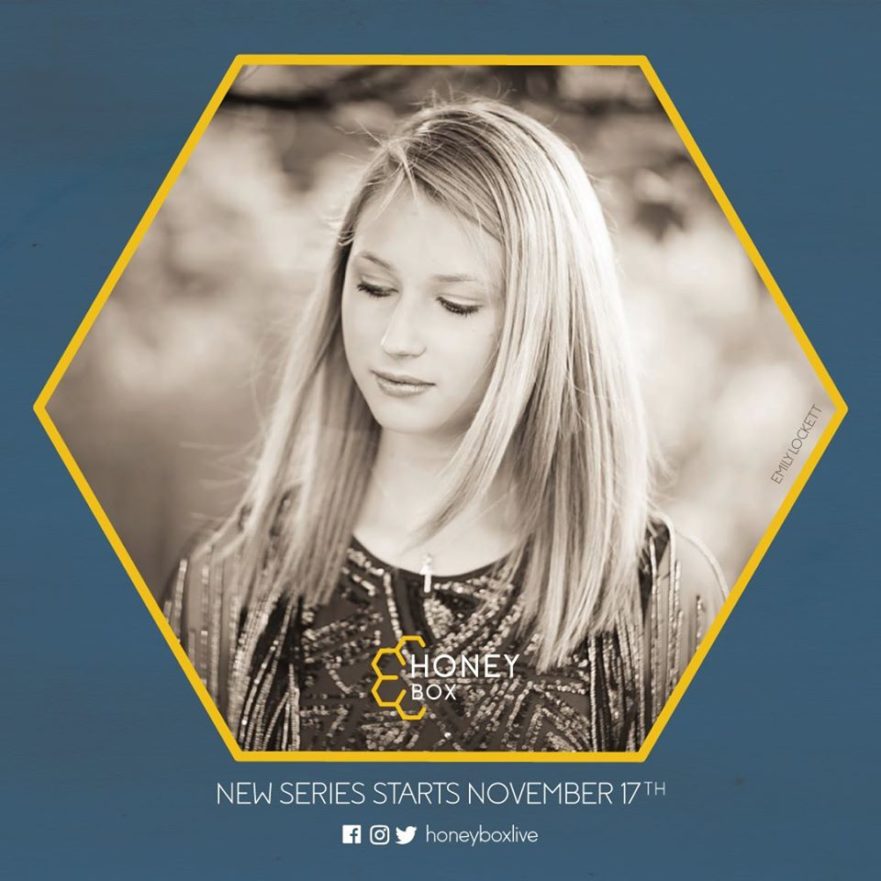 A live music show, described as North Staffordshire’s answer to Later with Jools Holland, is back for a new season, starting on Sunday, November 17.

HoneyBox showcases the area’s music scene and is filmed live at King Street Studios, Newcastle-under-Lyme. Each show is streamed live on Facebook.

Returning for a second time to HoneyBox on November 17 is country pop and Americana singer-songwriter Emily Lockett. Emily, originally from Stoke-on-Trent, has a growing reputation and was recognised as Artiste of the Year, in a people’s vote for by British Country Airplay, a platform designed to promote the UK country music scene.

Emily is back by popular demand after HoneyBox held a vote asking its Facebook followers which former performer they wanted to see and hear again at King Street Studios.

Staged by producers Peter Herbert and Lee Barber, each episode of HoneyBox is filmed in front of a live audience and features three acts of often contrasting styles. Clay Lake, who describe themselves as a punk-EMO trio, and indie “dream pop” band Pretty Feels, join Emily for the first show of Series Four.

The new series will be compered by local music enthusiasts Molly Gould and Poppy Hawkes.

Peter said: “I’m an events producer with a love for live music and Lee is a fantastic champion of the North Staffordshire music scene. HoneyBox has become a regular fixture in the local music calendar and I consider it a real privilege to be able to showcase performers from Newcastle-under-Lyme, Stoke-on-Trent, and nearby towns.

“This year’s shows will be hosted by Molly and Poppy with Poppy making a commitment to travel back to the Potteries each Sunday from London where she is studying a Fashion Journalism BA at Central St. Martins University.”

Its large performance space gave Peter the opportunity to launch HoneyBox in 2016 in front of a live audience.

“We have built a loyal audience of people keen to enjoy live music and support an eclectic mix of local artistes,” said Peter. “HoneyBox provides a deliberately diverse musical menu, mixing up rock and pop genres, so we may have a singer songwriter, a band and an electronic act on the same episode.”

A team of up to 12 industry professionals and students volunteer to deliver each show. A bar is provided by BottleCraft of Hanley.

Tickets for the hour-long live show are available from www.eventbrite.co.uk.