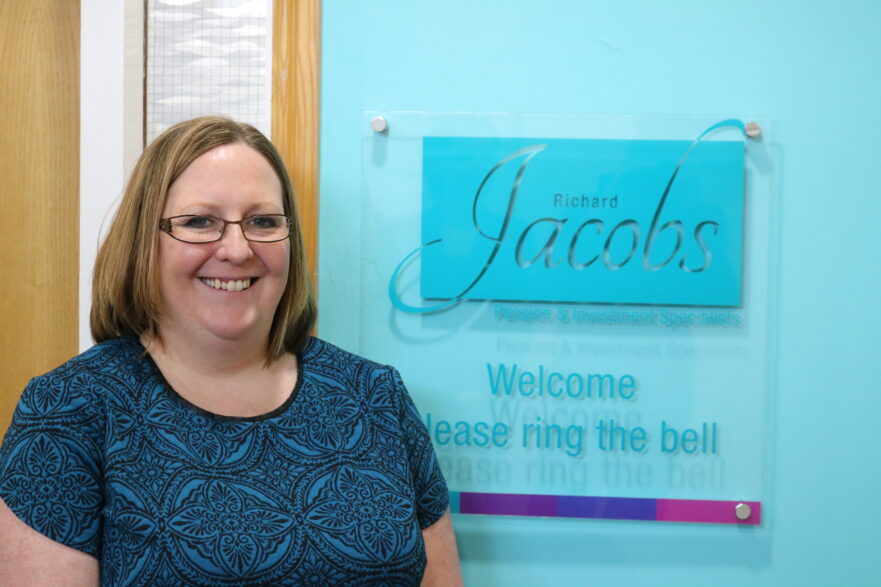 New research reveals 42 per cent of women in the UK don’t know how much they have saved for retirement, compared with a quarter (25%) of men,  and the difference is even reflected in the pension industry, according to savings expert Emily Jacobs.

Emily, who heads Newcastle-under-Lyme based Richard Jacobs Pensions and Trustee Services, is campaigning with others in the sector to get a fair deal for women.

“Only one in four women believe they have enough pension savings to retire comfortably and the issue is deep-rooted,” said Emily.

“It even extends as far as our own profession, for example, at recent industry seminars I’ve attended, together with my fellow Director, Kate Barnard, the number of women has been low.

“While the company was founded by my dad, Richard, we’re proud to be a female led practice and our customers are very happy to be advised by our female led team. It’s clear that changes are needed, both in getting more women in senior positions in our profession, in increasing awareness about the pension gap between men and women and in narrowing that gap.”

Emily said the difference between saving levels for men and women are stark.

Only one in four women believe they have enough pension savings to retire comfortably on with research from the Centre for Economics and Business Research showing women could be missing out on as much as £183,986 each, compared to the amount men receive from their pensions.

“This can be due to women being traditionally paid less than men and because women tend to take more breaks from work due to child birth and caring for children and older family members,” explained Emily.”

“One of the best ways of doing this is to look at your workplace pension. For example, if you get a pay rise, could you afford to set some of that aside to increase your pension contributions. Putting £100 a month more into your pension, starting at age 40, would accumulate £24,000 by 55, assuming annual investment returns of five per cent.

“It’s important that you know your figures, so the fact that recent research, by Opinium, showed 42 per cent of women don’t know how much they have saved for retirement, compared to 25 per cent of men, is telling.”