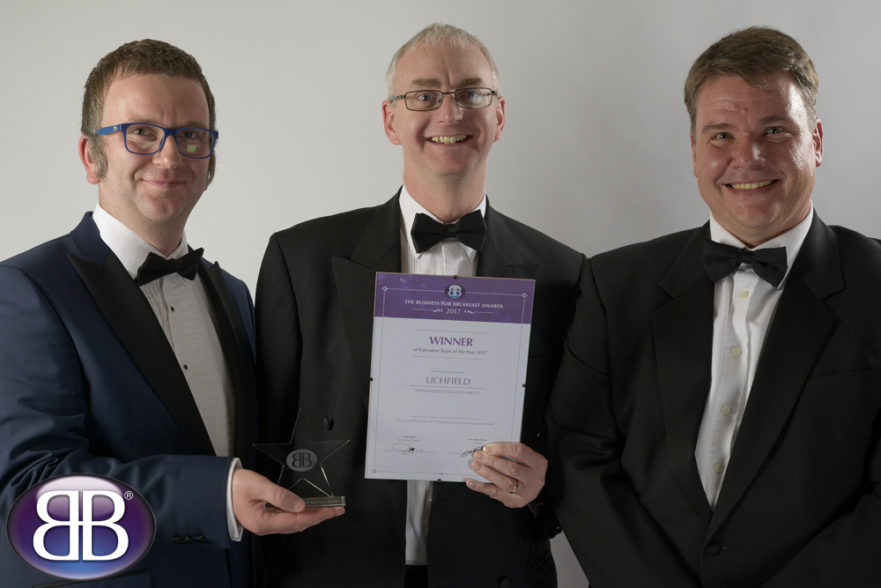 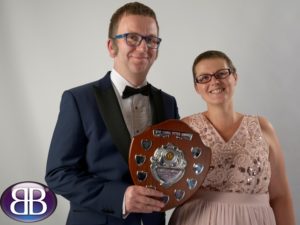 Photos by Keith Tinkler.
A Lichfield business group proved a cut above the rest at the BforB national awards evening.
Company owners meet fortnightly at the city centre based George Hotel to refer business and offer each other support.
Their success over the last 12 months led Lichfield BforB to win three of the 10 awards on offer, and take a runner-up prize in a fourth, at the 2017 BforB International Awards held at the Moat House, Stoke-on-Trent.
Lichfield were crowned as BforB Executive Team of the Year and the head of the group Karl Lehmann scooped the BforB Moderator of the Year Award. Karl Lehmann runs Lehmann Financial Management, a St James’s Place Wealth Management Partner, and author of the Amazon best-selling business book, Dream It, Plan It, Live It.
Jonathan Andrew, BforB Local Director for Lichfield, was runner-up in the Member of the Year Award. Jonathan is an expert on winning tenders and his business advises companies across the UK,
And, amid emotional scenes, Personalised Nation, BforB members in Lichfield and Stafford, took the special Carol Fittes Award after showing success in the face of adversity.
Carol, a former member of the Stafford lunchtime BforB group lost her fight against cancer in 2017, resulting in a new award being struck in her honour.
Husband and wife Kelly and Matt Nation, of Burntwood, had begun to build a successful business providing personalised photo prints, when, like Carol, Kelly Nation was struck by cancer.
BforB Staffordshire franchisee Sarah White said: “Matt and Kelly were enthusiastic BforB members and were playing a big part in the success of our Stafford lunch and Lichfield groups when Kelly discovered a cancerous lump. Despite the worry and distress caused, and with four children at home, the business never faltered. As a customer, I can say that their service levels continued to be exceptional and customers who didn’t know what the family were suffering would never have noticed even a slight difference.”
Kelly survived and is now fit and well. She said: “I’d like to thank Sarah and the members of Lichfield and Stafford BforB groups for their support. With the help of our BforB family, we have continued to grow our business.”
ENDS
For media enquiries contact Nigel Howle by telephone on 0776 2043436 or email nigel.howle@howlecom.co.uk