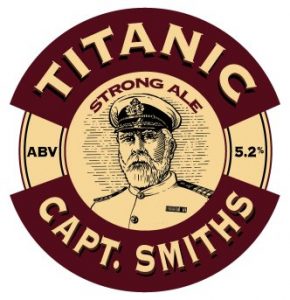 Plans to mark the centenary of the RMS Titanic disaster and the death of the ship’s Stoke-on-Trent born captain were revealed at a meeting of Stoke-on-Trent City Council yesterday (20 October, 2011).

The Lord Mayor’s Office in Stoke-on-Trent is working with Titanic Brewery on a three day festival including a dinner which will recreate parts of the first class menu from Titanic.

The plans were unveiled following a written question to the council by Councillor Abi Brown.

Following the announcement, Keth Bott, MD of Titanic Brewery, said: “We are delighted to be working closely with the Lord Mayor’s office in Stoke-on-Trent on a series of events which will help to preserve the memory of Captain Edward Smith and the passengers and crew who perished in the Titanic disaster.

“A major event will be a commemoration Gala Dinner at the Kings Hall, Stoke, in honour of Captain Smith who was born and grew up in Stoke-on-Trent. Participants will dine on a selection of fine foods reflecting the fare passengers would have enjoyed in the first class dining room on Titanic.

“The dinner will help to raise funds for the Lord Mayor’s Charity Appeal and the RNLI, a charity that we at Titanic Brewery have supported for several years.

“The Gala Dinner, planned for 14 April, will be the centrepiece of a weekend of commemoration to be known as Captain Smith’s Titanic Festival.

“On Friday, 13 April, a more informal event is planned at the Kings Hall. To be known as the Steerage Festival, this will involve live musical entertainment, food and a selection of real ale.

An educational event is planned at the Mitchell Memorial Theatre, Hanley, on Sunday, 15 April. Plans will include film screenings, musical entertainment and drama.”

Titanic Brewery recently commissioned a film – produced by Professor Ray Johnson of Staffordshire University – documenting the building of RMS Titanic and the links to Captain Smith.

Keith Bott added: “The Titanic disaster is part of British and American folklore. But what is less well known, even in his home city, is the remarkable life story of Captain Edward Smith.

“Raised in a terraced house in Well Street, Hanley, Edward Smith rose to become Commodore of the mighty White Star Line. He was something of a celebrity, aristocrats and the rich all wanted a seat at Captain Smith’s table and his views were sought by the New York newspapers.

“Titanic Brewery is named in Captain Smith’s honour. We shall be holding appropriate events during 2012 – the centenary of the Titanic disaster – and will be funding a plaque to commemorate his memory to be placed on the frontage of his former home.”

2012 is the 100th anniversary of the tragedy and a series of commemorative events are being planned.

Captain Smith went down with his ship after organising an evacuation which led to 706 lives being saved.