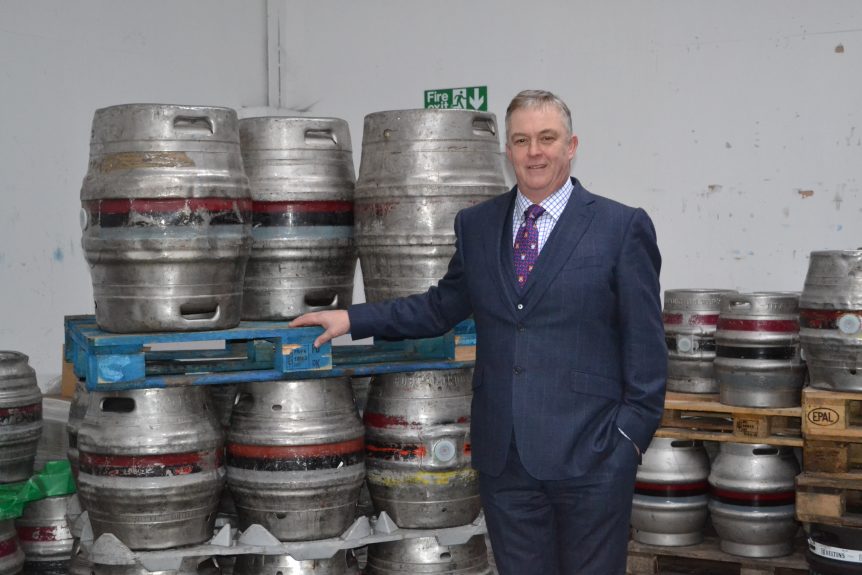 Chancellor Rishi Sunak used his Budget to announce a five percent cut on draught beer and cider, specifically targeting beer poured in pubs – something which Titanic and the wider brewing industry had been calling for.

He called pubs “the home of British community life,” saying that many public health bodies recognise them as safer drinking environments than being at home.

Keith Bott said: “UK brewing and pubs are a force for good in communities across the land, but pay amongst the highest rates of taxation of any sector in the economy, said Keith, MD of Stoke-on-Trent based Titanic Brewery.

“Today’s news follows a successful CAMRA led campaign and provides laser targeted support for brewers and community pubs as they recover from Coronavirus lockdowns and gives support where it is needed most. The announcement helps to protect jobs and vital parts of the fabric of our communities.

“It has Titanic Breweries full, active and enthusiastic support. It’s an incredible result, which invests in our great British pubs and breweries and recognises the importance and societal role of community pubs.’

“We would like to thank our local MP Jonathan Gullis, for his early and continued public support for this policy. Now the principle of separating duty levels of supermarket cans from pints of beer in a pub is established, we look forward to working with him and his colleagues in Parliament to see how further support can be targeted in the future.”

Jonathan Gullis MP said: “Today’s announcement is a big win for the great campaign of Titanic Brewery in Burslem and CAMRA. This will not only help our great British pubs, but also our amazing British brewers. I was so proud to work alongside 100 other colleagues on lobbying the Chancellor to take advantage of this Brexit bonus and help out pubs and brewers bounce back from Covid-19.”

“It’s fantastic that a delicious pint of Plum Porter will now be cheaper in the pub, and I look forward to getting my first one at the Bull’s Head in Burslem.”