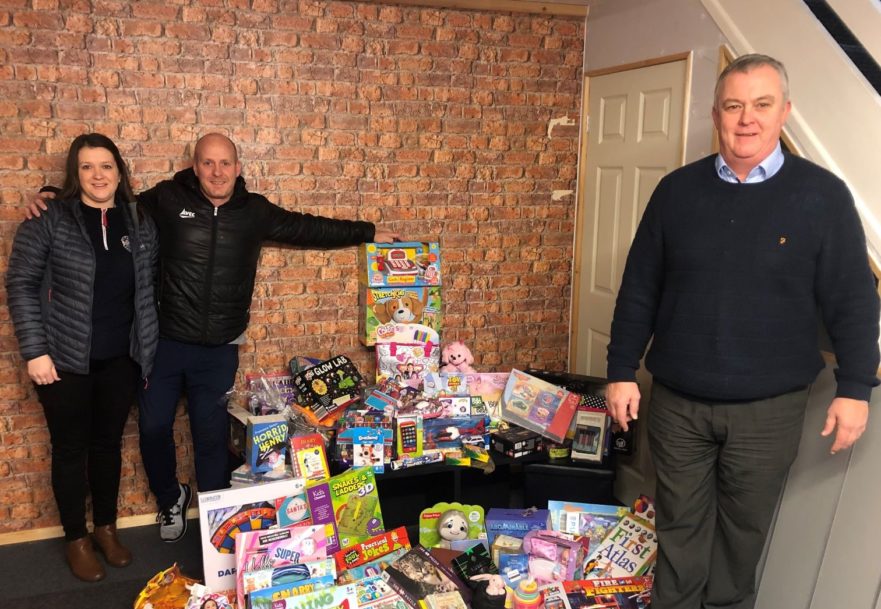 Customers and staff at Titanic Brewery pubs and bod café bars have collected more than 230 presents for children in need of a boost this Christmas.

The Stoke-on- Trent brewery launched its Christmas Giving Tree Appeal in early December and have been overwhelmed by the generosity of local residents.

Deliveries of toys have  been made to Staffordshire Women’s Aid, the Gingerbread Centre and Warrior Fitness Food Bank.

Keith Bott, joint Managing Director, said: “The generosity of our pub and bar goers in Staffordshire and Derbyshire has been amazing. Titanic’s pub and bod crews have been collecting presents and then relaying them to our dray ‘elves’, who have delivered them to the brewery, where we’ve added a bag of chocolate coins to each present.”

Keith, fellow Managing Director Dave Bott and non-executive Director Andy Slee have delivered the presents to the good causes, so that homeless children, and children living in poverty will be guaranteed at least one gift on Christmas morning.

All the presents are new and the collection contains gifts for children aged from six months to 18-years-old.

The Gingerbread Centre, has blocks of flats in Hanley and Normacot, Stoke-on-Trent, for homeless families referred by the local council, Staffordshire Women’s Aid is a specialist service supporting victims of domestic violence and their families and Warrior Fitness, based in Chesterton, Newcastle-under-Lyme, has been running a food bank for families living in poverty since the start of 2019.