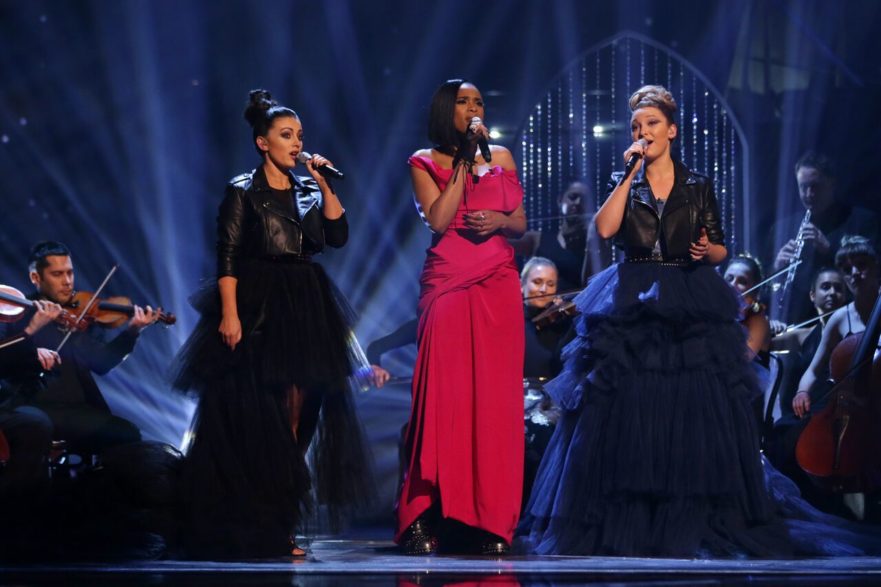 A Bank Holiday weekend of music has been unveiled in the spectacular surroundings of Weston Park.

Musical events are being organised over two days by Fizz Festivals, the company behind the highly successful Proms and Prosecco in the Park in Newport, Shropshire.

Popular opera duet Belle Voci – finalists in 2018 popular TV show The Voice, will headline Proms and Prosecco at Weston Park on Sunday, 26 May, and a new event, the Fireflies Festival, featuring a pop and rock music line-up will light-up Bank Holiday Monday, 27 May. 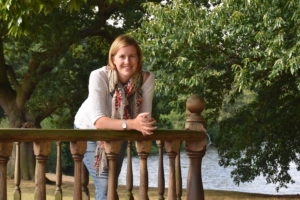 “There will be a distinctly different musical feel between day one and two but both events will build on the music, fizz and family fun formula which has made our Proms and Prosecco events such a success over the last two years,” said events-organiser Esther Wright of Fizz Festivals.

“Fizz Festivals is dedicated to serving up outdoor events with great music, fabulous street food and, of course, plenty of fizz, craft ales and gin. We have attracted almost 2,000 people to Proms and Prosecco at Chetwynd Deer Park in each of the past two years and now we are expanding horizons across the West Midlands and Cheshire, with first stop being the beautiful Weston Park.

“Proms and Prosecco events serve up a heady mix of classical music, the West End musicals, choral music and classic pop and top it off with a glorious proms finale with rousing renditions of standards such as Rule Britannia and Land of Hope and Glory.

“We want people to bring the whole family, picnic tables and chairs, sit back and relax in a warm, friendly atmosphere.”

Chester based duo Belle Voci wowed audiences on The Voice, sealing their place in the final with a blockbuster rendition of Adele’s Bond theme, Skyfall.

Jennifer Hudson, film star, successful recording artist and a judge on The Voice, said of Belle Voci: “It is like perfection. The first time I heard them, I was like is that a pre-record, sing that again!”

Esther said: “We are delighted to announce Belle Voci as our Proms and Prosecco headliners. Emily and Sophie are a growing force on the music scene. They have performed with Gary Barlow and Alfie Boe and led the singing of the national anthem at the Wembley final of the Rugby League Challenge Cup.

“Belle Voci are on a mission to bring opera to a wide audience and are a perfect fit for Proms and Prosecco which attracts a varied audience of both classical music lovers, people who just love to experience live performances and families who want a memorable shared day out in a relaxed atmosphere, filled with music, good food, fun and, of course fizz.”

They will be joined by an eclectic line-up of international recording artists and talented local singers, including String Infusion, a popular acoustic and string quartet. 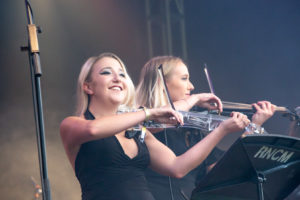 Esther said: “String Infusion are fantastic to watch and listen to as they perform an eclectic musical mix – everything from Vivaldi to the Verve. They performed at last year’s Newport event and were a huge hit.”

Fireflies Festival on Bank Holiday will have a different pop and rock vibe but will also have the warm, family celebration feel, which is the hallmark of Fizz Festivals’ events.

“Ticket bookings are already coming in even before we have announced the Fireflies line-up as there’s undoubtedly a public appetite for outdoor live music experiences of the kind that we stage. We will be announcing our acts over the next few weeks” explained Esther.

Esther, from Newport, Shropshire, is an experienced events organiser, the owner of ElevenTen Consultancy and Event Management company.

A range of tickets are on sale for both events. Fizz Festivals have announced a tiered booking system with discounted deals for people who book early and a chance to book for one or both events. Camping passes and gazebo hire are also available.

Weston Park is situated on the A5 at Weston-under-Lizard, just 30 minutes from central Birmingham, three miles off the M54 Jct 3 and eight miles off the M6 Jct 12. New M6 Toll Road, Jct 11A.